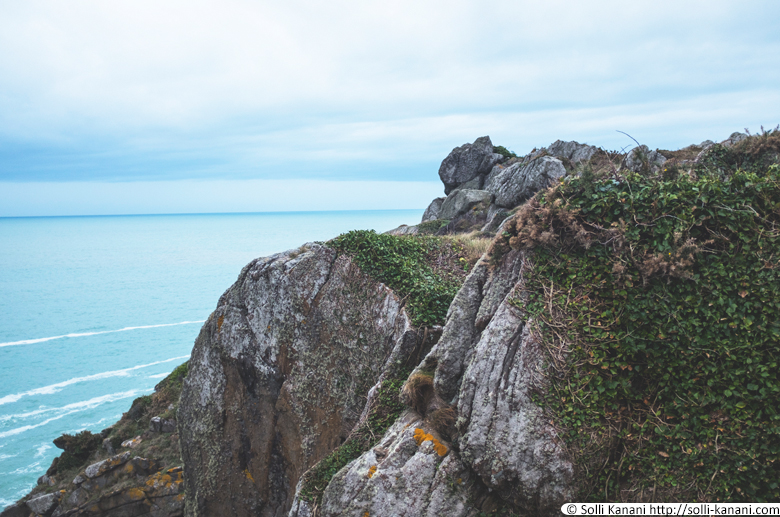 Bretagne (Brittany) is a region in the north-west part of France, known for its mythic forests, rural landscapes, marvellous coastline with beautiful beaches, turquoise sea, rugged cliffs…in short, a natural jewel. Breton food consists of galettes (buckwheat crêpes) and crêpes, seafood, cider, kouign amann the list can be made very long! The region also possesses a rich cultural and historic heritage, the Celtic heritage and they’ve got their own language. I will write more about that in another blogpost.

I’ve always been curious on Bretagne so together with Anna we made a short weekend trip to explore this for me unknown region. When we had arrived in the late afternoon to St Malo (approximately 4 hours drive by car from Paris) we checked in to our hotel and left as quickly as we had arrived. Sunsethunters, what else can I say? We had localized a lighthouse in the village Cancale, le phare de la Pierre-de-Herpin. While driving towards the lighthouse, we passed by Anse de Guesclin and couldn’t resist to stop. It turned out to be a great decision as we found ourselves in one of the most beautiful beaches of the Emerald coast and a small island where a privately owned fort, le Fort du Guesclin had been built on. After been capturing the beauty of this mysterious and beautiful place we continued to Cancale where we to our dissapointment found the lighthouse to be a little bit too far away in the sea, at least for our cameras. I better invest in a 70-200 mm lens very soon! However, we had arrived just in time for the blue hour and it was a magical moment watching the sunset on La Pointe du Gruein with its sublime panorama views! You could even see Mont Saint-Michel from there.

After a recommendation by a friend we had dinner at a restaurant situated in the heart of St Malo, La Duchesse Anne. Reputated for their fish and seafood I had been looking forward to dinner there. We both enjoyed their french cuisine, I had local St Jacques (scallops) as main dish and a Tarte Tatin served with crème fraîche as dessert. Delicious and very tasty! As my friend has said, IF there is one restaurant you will have to visit while in St Malo, it is La Duchesse Anne! I totally share her advice.

In the morning we skipped the hotel breakfast and stopped by a local boulangerie in St Malo and installed ourseleves at Le Café du Coin, a quirky and eccentric café with a collection of dolls, I believe there were several thousands of them there..even in the ceiling! The café/bistro dates back to 1820 and is also in the European Union’s list of cultural heritage sites. Definately worth a visit, even if it’s only for having a look on their dolls ;-) A unique experience, you will travel back in time, I guarantee you. And yes, it’s absolutely fine to bring something to eat as they do not serve anything else than beverages ;-)

Next stop for us was Ploumanac’h located in Côte de Granite Rose (the Pink Granite Coast), 2 hours drive from St Malo. A lighthouse built on pink granite rocks, surrounded by emerald coloured sea and violent waves, that itself makes it worth the long drive. It was very windy that day, and my tripod was useless, quite impossible to use it if I didn’t wanted it to blow away together with my camera…however I did manage to take a few photos while I was covered inbetween the giant rocks. In the afternoon we drove back to St Malo for a late lunch, we had galette and crêpe on our radar. That is what Bretagne is famous for. Crêperies can be found almost on every 10 metre in St Malo, so it makes it difficult to know what place serves the better ones? Luckily we passed by the Tea Salon Bergamote, which looked very welcoming with their homemade cakes in the vitrina and a menu with galettes and crêpes with local specialities as toppings. Quality tea from Mariage Frères, fresh products, kind and service minded staff, no wonder why this place is popular. It got crowded pretty fast, we had to wait for our table, but it was worth it, the galettes, crêpes and cider we had was a real treat.

Last but not the least Etretat, we passed by Normandie (Normandy) before returning to Paris. Famous for its white cliffs and archs..it was so cloudy that we couldn’t even see the sky. But it felt good beeing close to the sea and watching the waves for a while. Below you’ll find a selection of all photos I took during my weekend in Bretagne, when I got more time I will try to add some more ;-)

Photos taken with my Fujifilm x100s 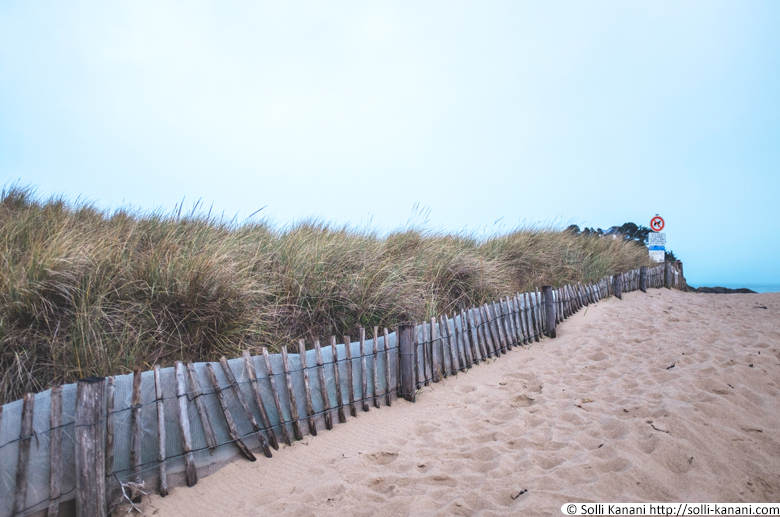 The sandy beach of Anse du Guesclin, probably one of the most beautiful beaches of Côte d’Emeraude (Emerald Coast)? 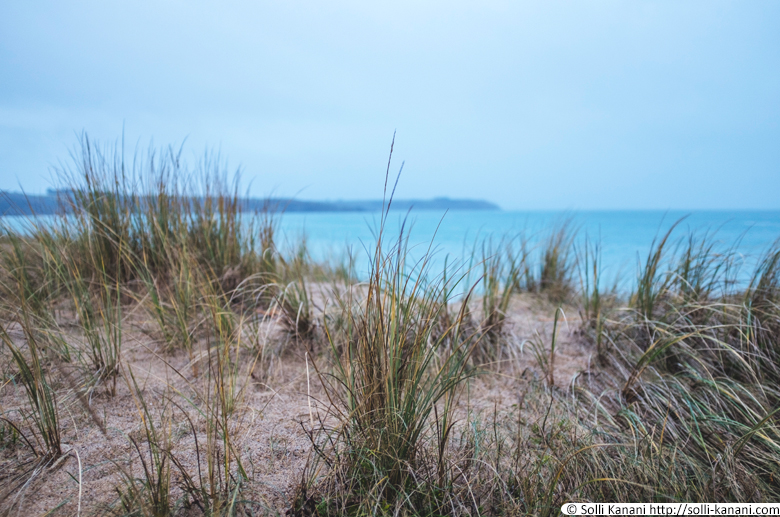 Why they named it Côte d’Emeraude? Well, just look on the emerald and turquoise coloured sea <3 Anse du Guesclin 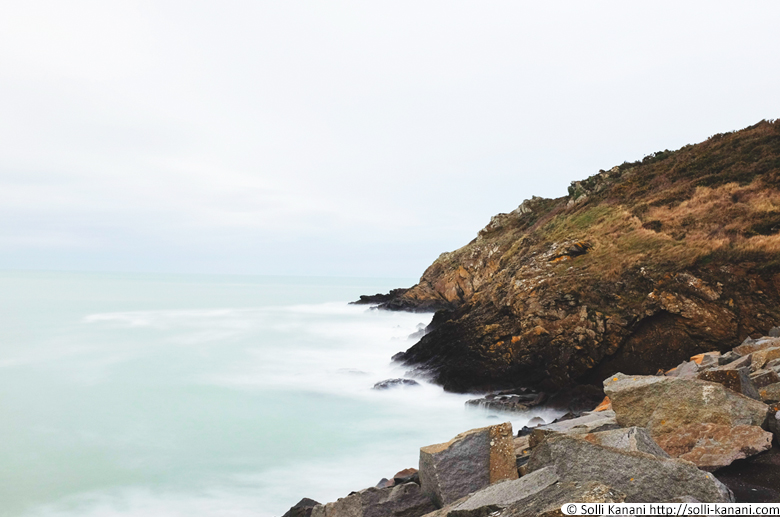 Anse du Guesclin, I could just sit here for hours and just inhaling the beauty, of the nature and the sea.. 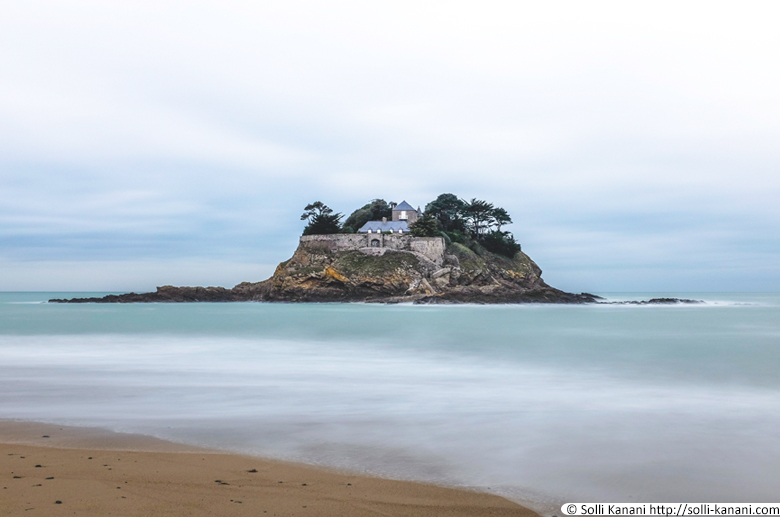 Not far from the beach of Anse du Guesclin is an island with a privately fort named Fort du Guesclin, when it’s low tide you can walk over there. 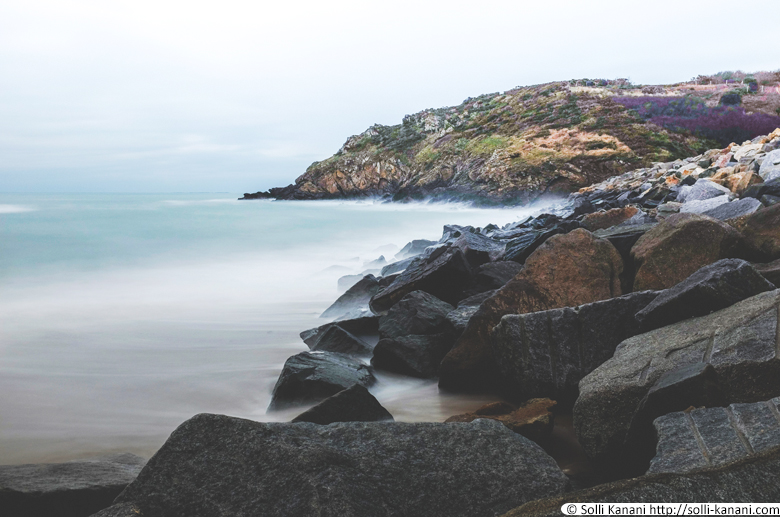 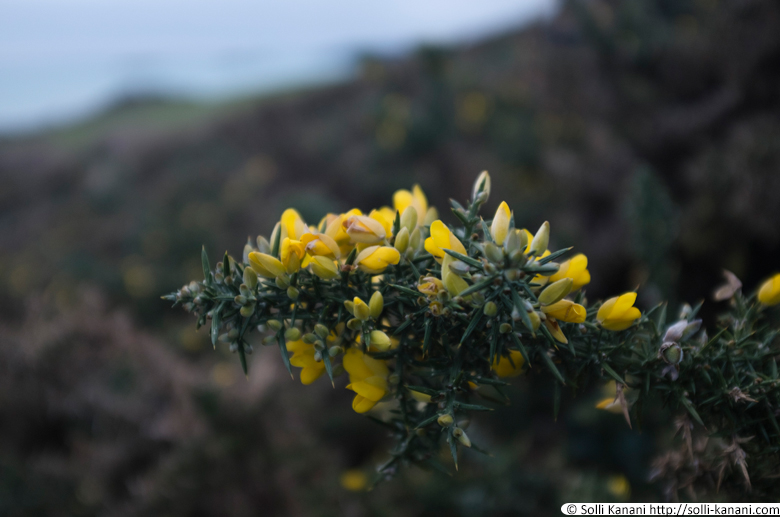 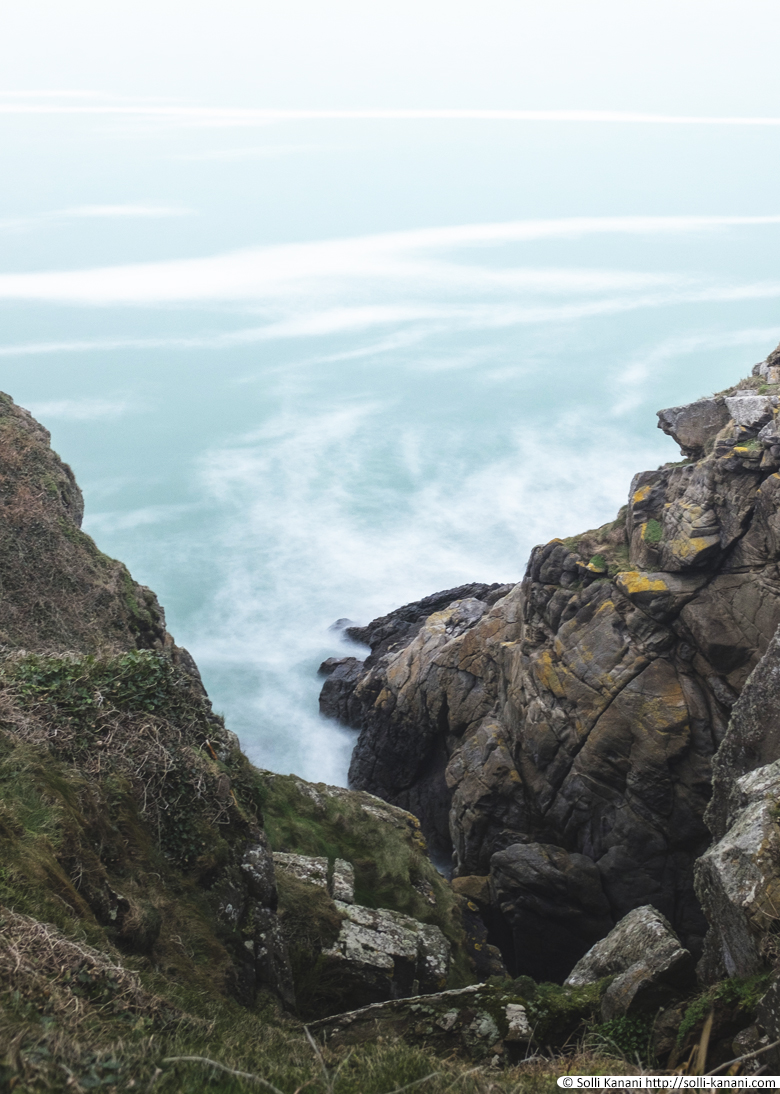 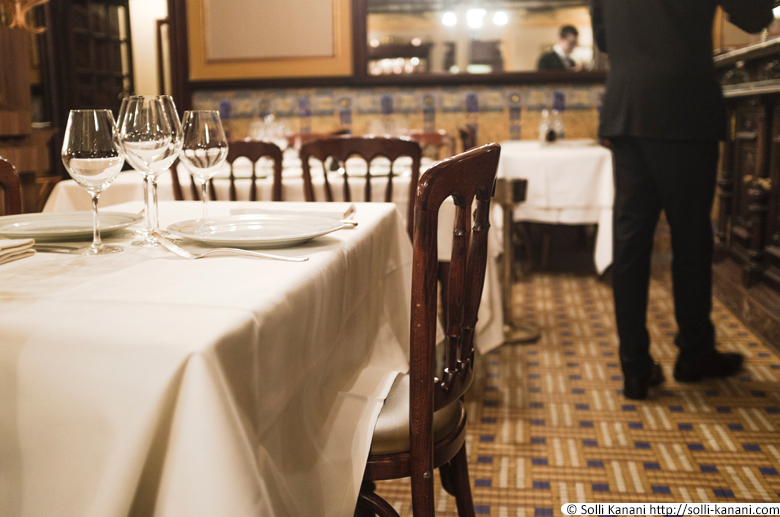 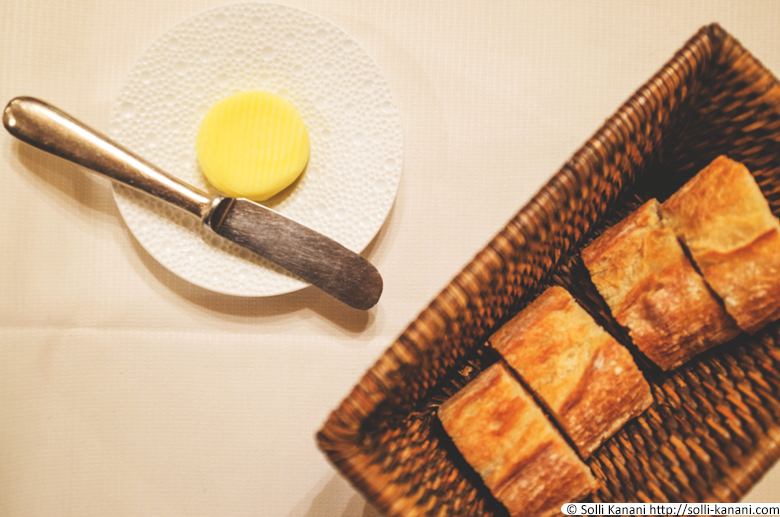 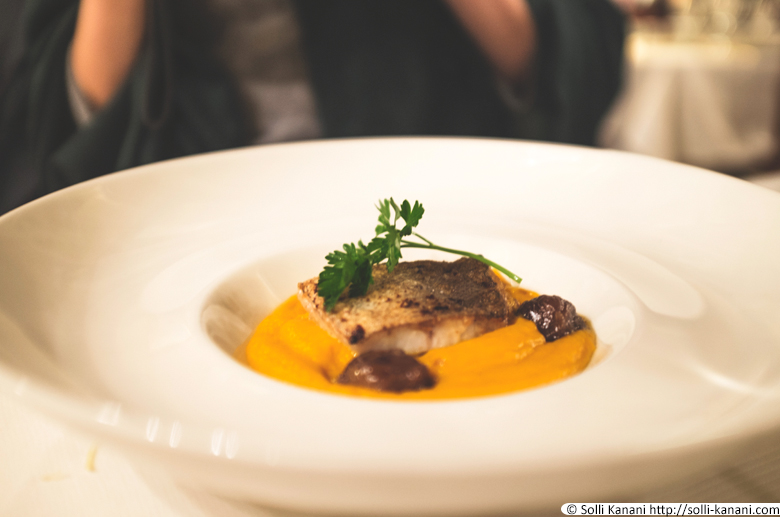 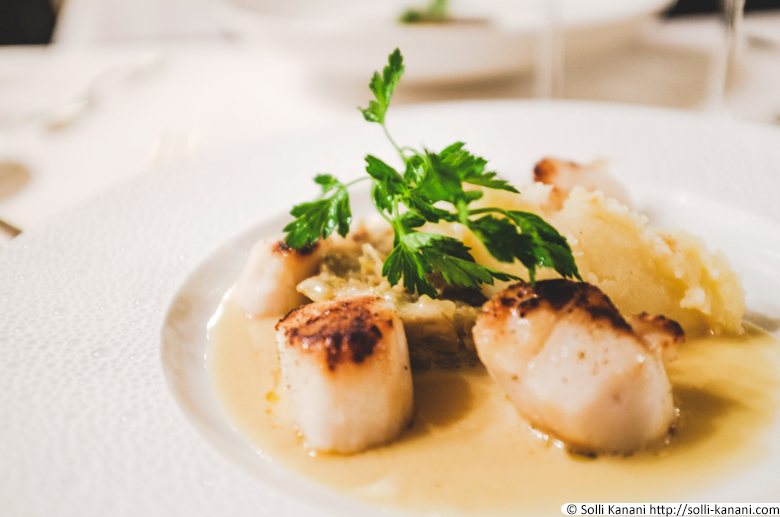 I had delicious local St Jacques (scallops) at the restaurant La Duchesse Anne in St Malo. When in Bretagne (Brittany) you better try their local specialities! 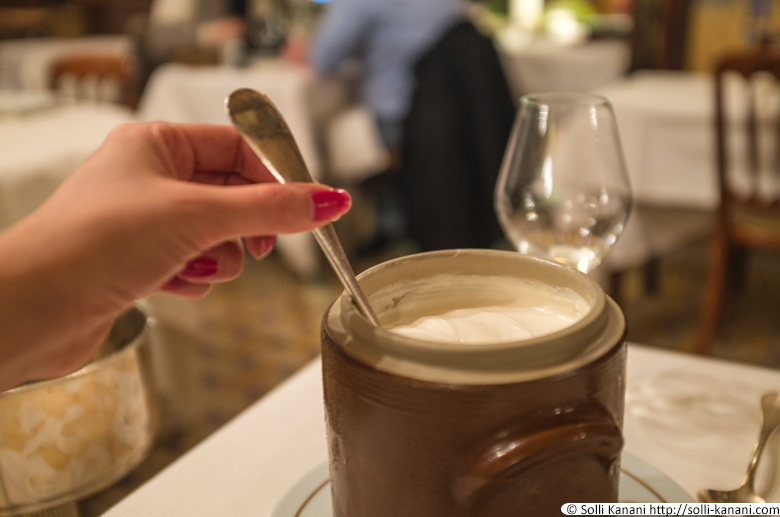 Look at this crème fraîche! The real stuff! 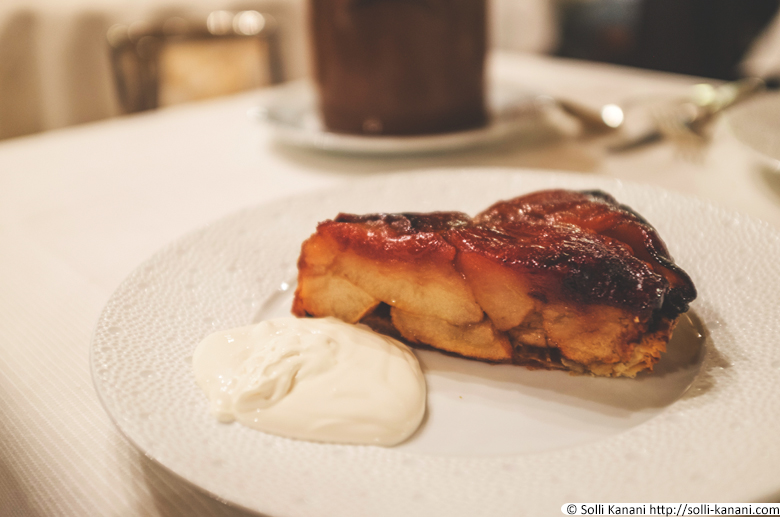 A perfect Tarte Tatin with some créme fraîche, served at the restaurant La Duchesse  Anne in St Malo 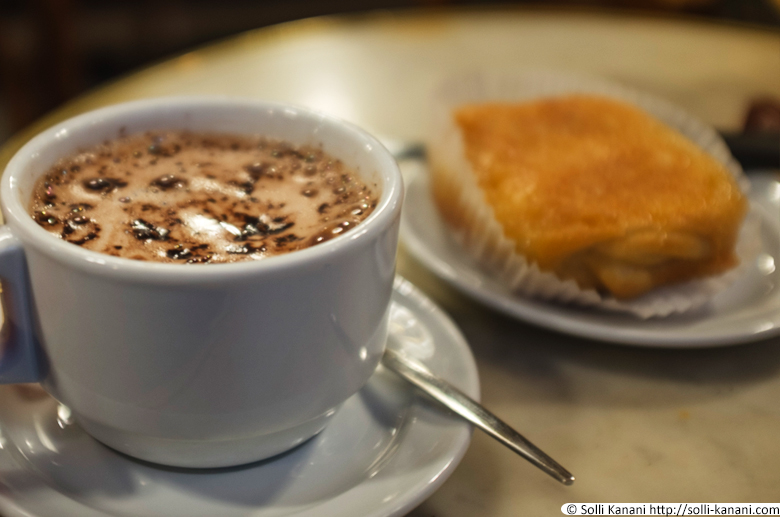 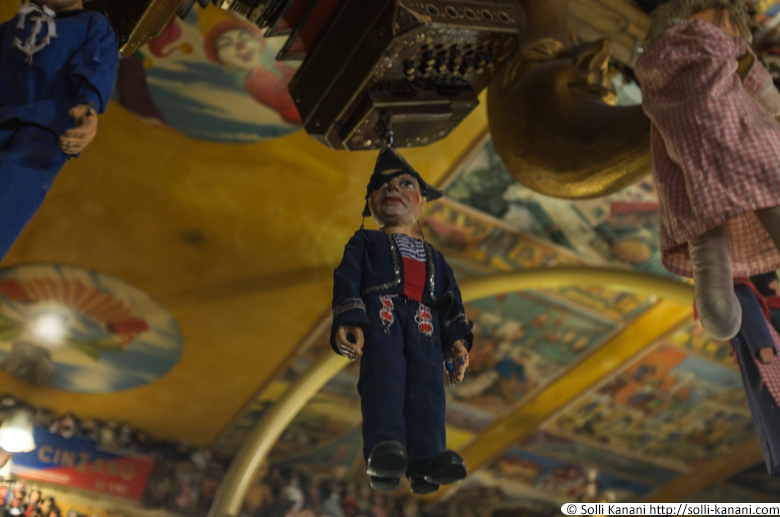 Le Café du Coin with its collection of dolls 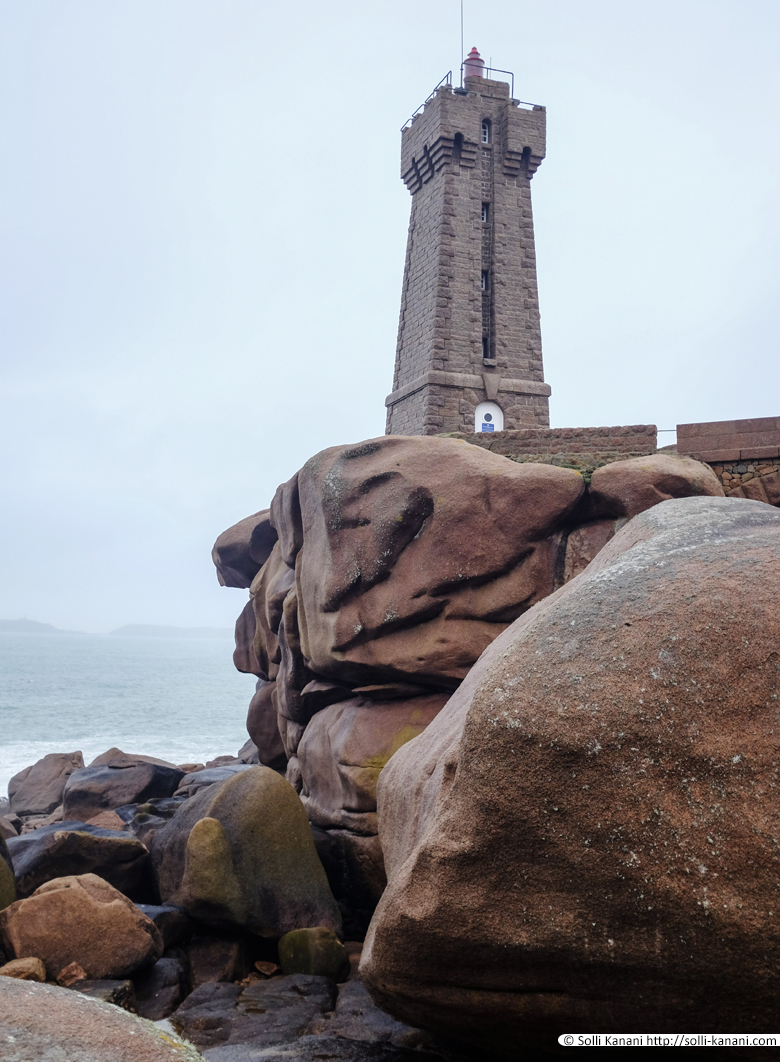 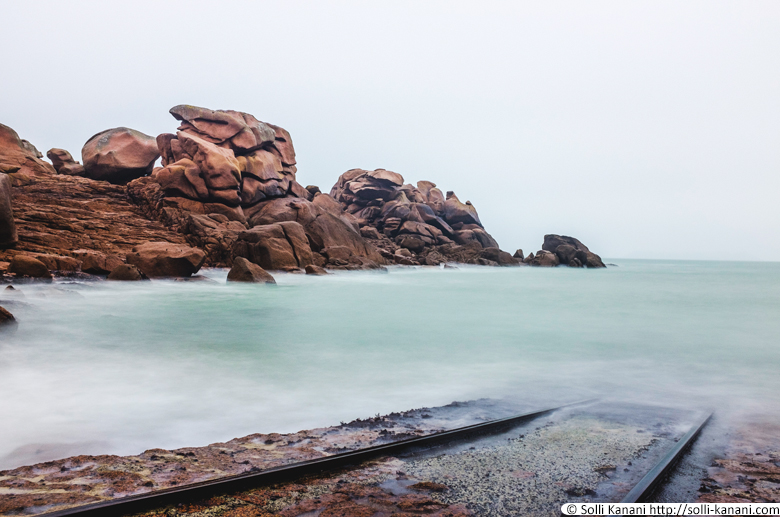 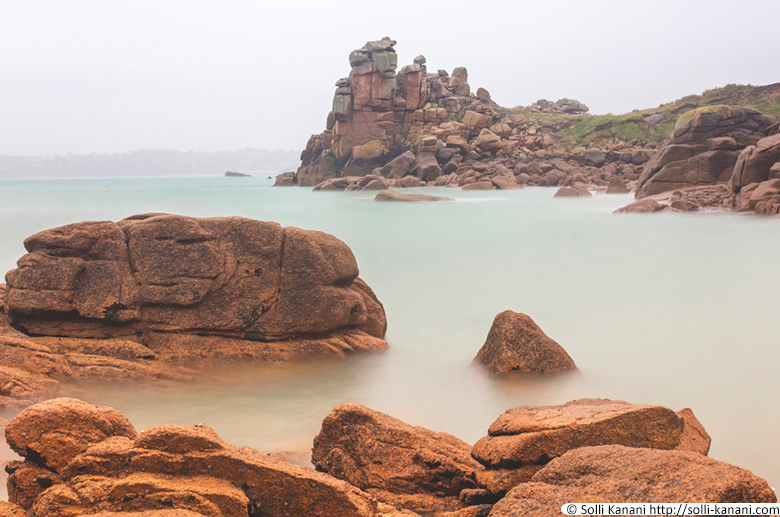 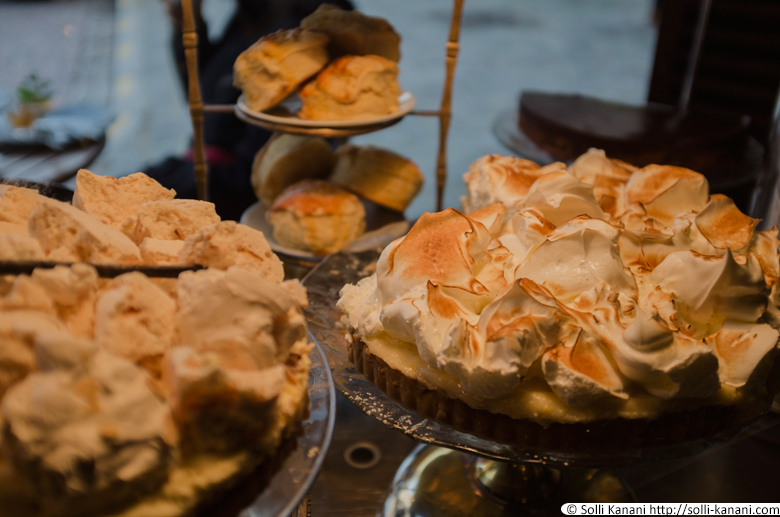 The Tea Salon Bergamote, located near the Cathedral Saint-Vincent in St Malo, with its delicious homemade cakes in their vitrina 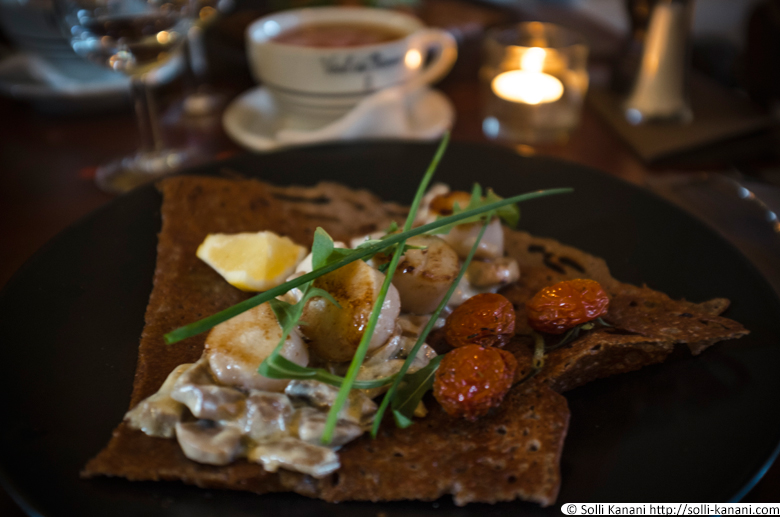 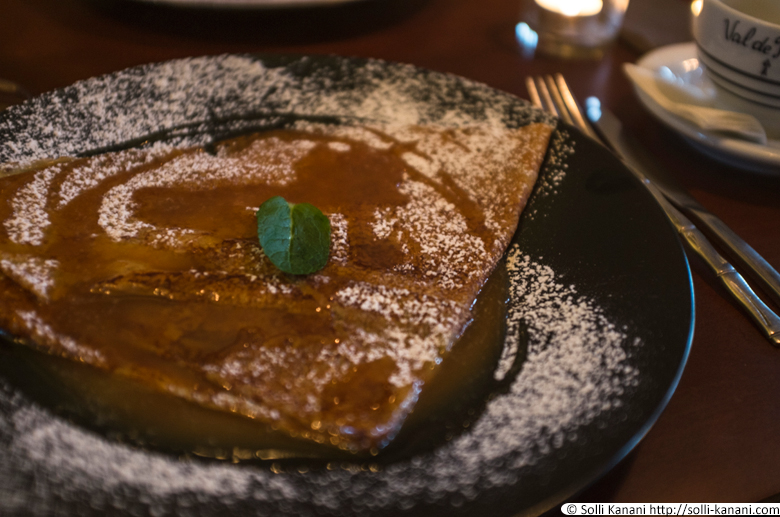 Had a crêpe with homemade caramel au beurre salé at the Tea Salon Bergamote in St Malo. Very miam miam. An address to put in your notebook if you are looking for a good place in St Malo to have galettes and crêpes! 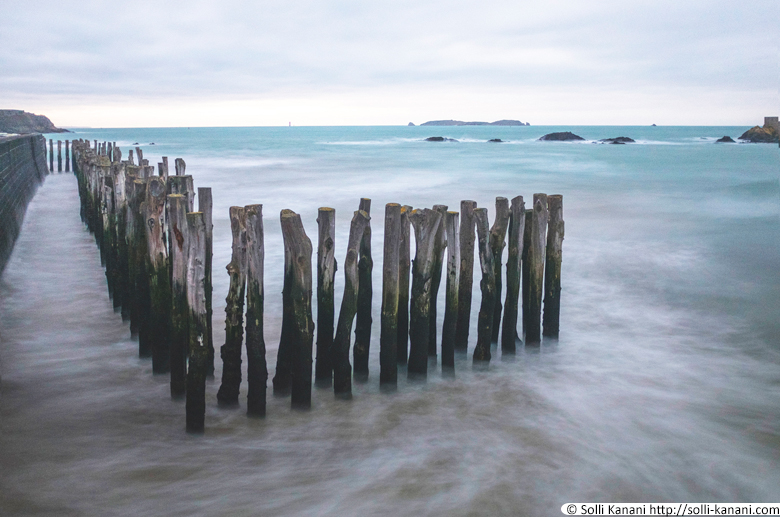 Sunset in St Malo. Just magical. Sometimes the sea can be so wild that the waves reaches the walls..have a look on this video taken with a drone last year and you will see. 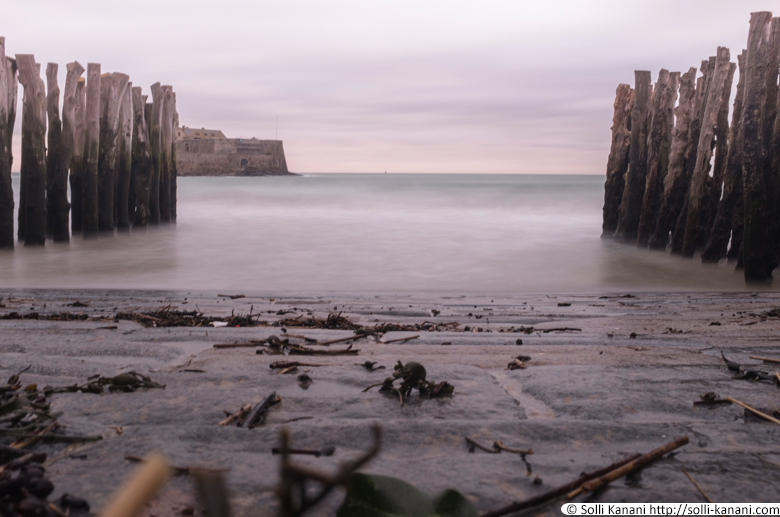 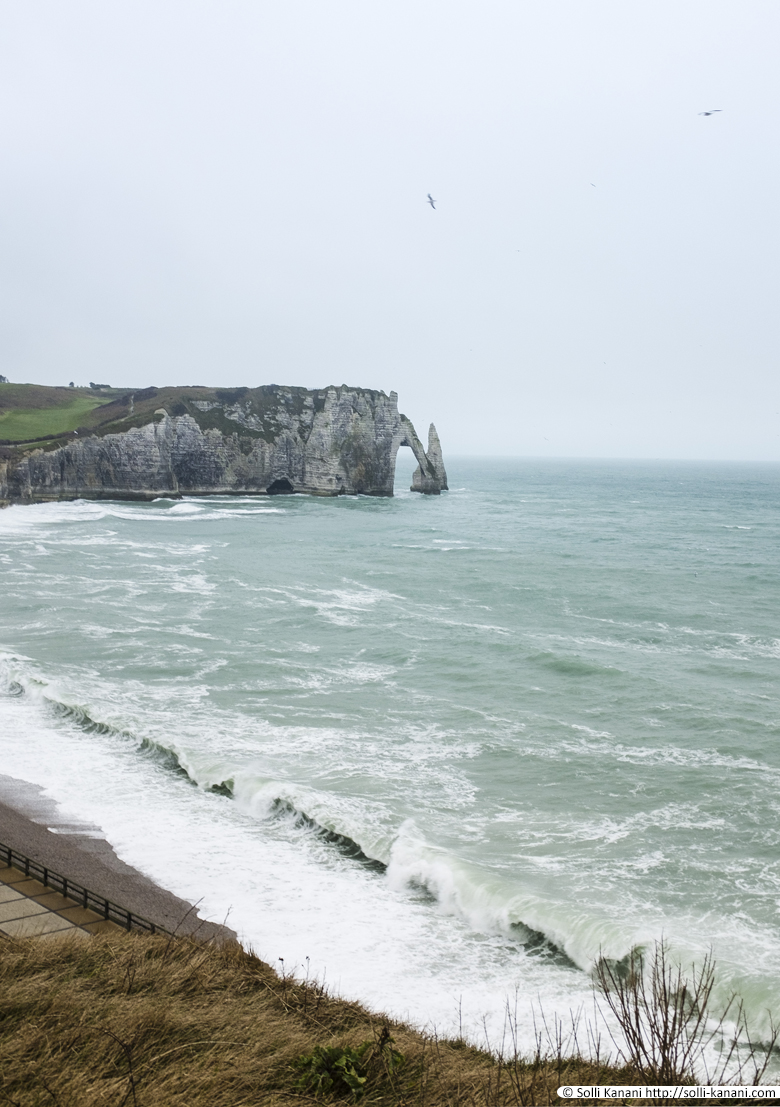 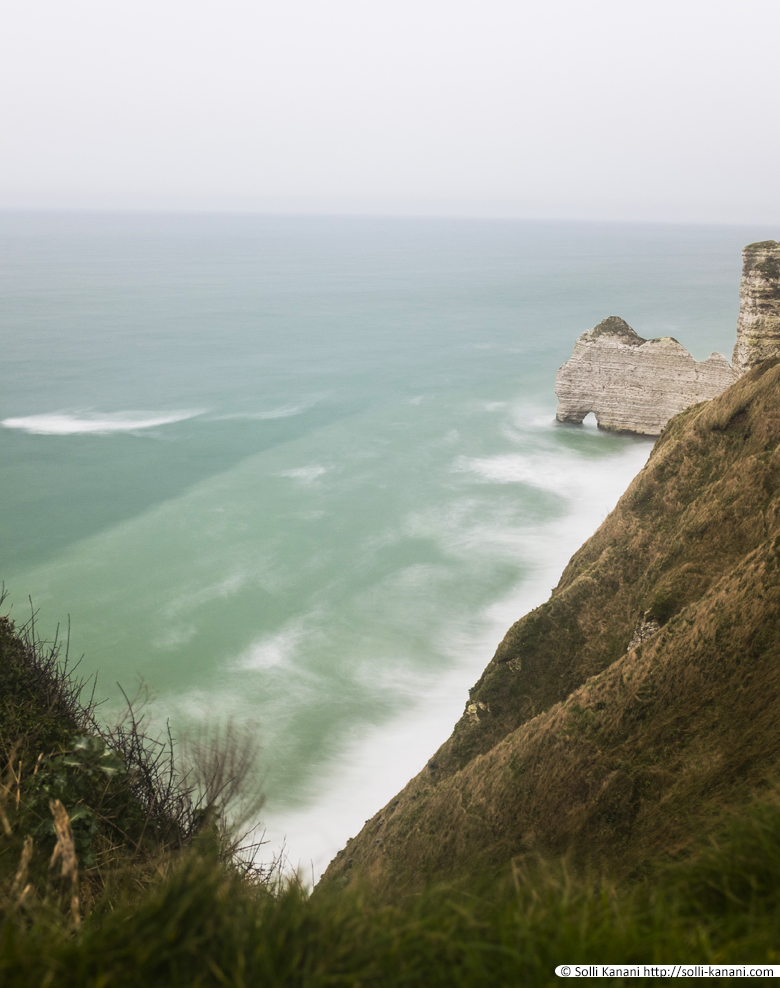 Etretat. It was pretty cloudy, but still the beauty of this coastl line touched me very much. And the waves…pebble stones…pure music for the soul. 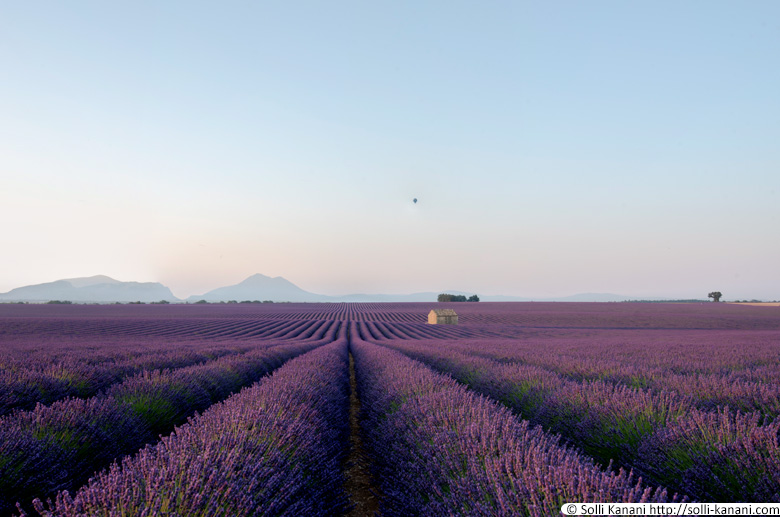 The Purple Lavender fields in Provence 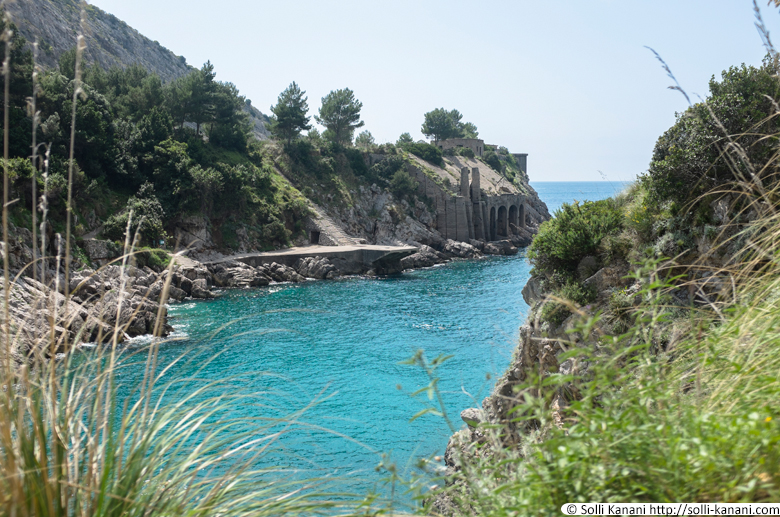 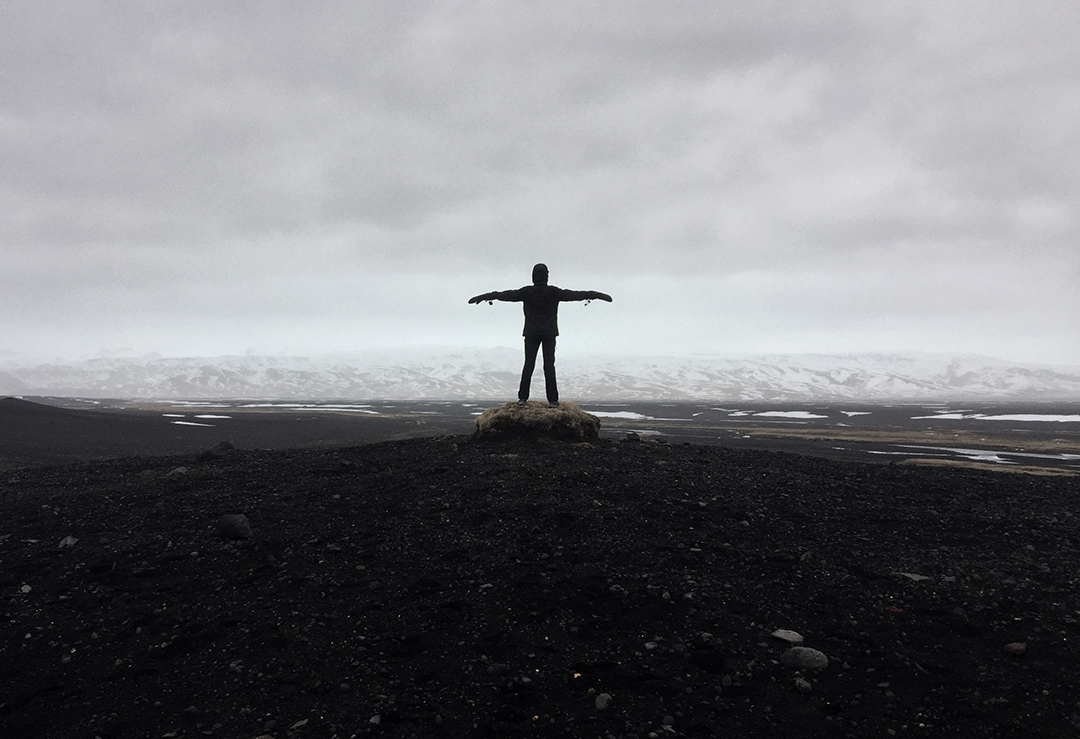 Iceland in Winter, bring a balaclava!