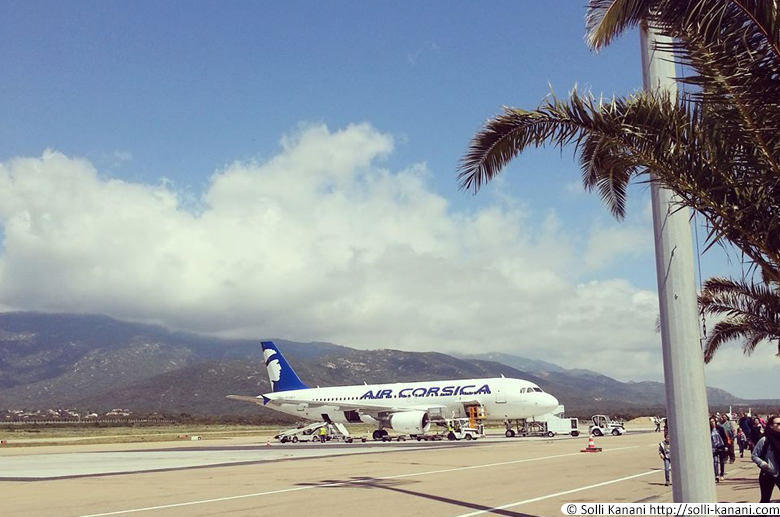 April 24th, Figari airport in Corsica. Finally my holidays in Corsica had begun. When I arrived to the airport, after a flight of only 1 hour and 50 minutes from Paris the sun welcomed me, 26 degrees in April, not bad at all!

The only buses there were going to Porto-Vecchio, on the East coast, while I needed to get to the village of Figari where a bus would pass to take me to Propriano, a city on the Weast coast, where my host would come and pick me up as I would be staying 5 days in the small village Belvédère, only reached by car.

Its well-known you have to have a car to get around on Corsica, but as I haven’t been driving for 10 years I didn’t wanted to take a risk doing it on an island with roads that are totally unfamiliar for me, so I took the challenge to travel around Corsica without a car. At the airport I showed the information staff the timetable I had printed out from the site Corsicabus where it was indicated that the bus would pass Figari village at 15h25. She said it was an old timetable and showed me hers which she took a copy of and handed over to me. The bus would pass Figari village at 14h45.

Luckily I found a taxi at the airport that took me to Figari village (no shuttlebus exists during off-season). It seemed to be a very small village, consisting of only one road? The supermarket was closed, but I found a bar which was open and where I had a sparkling mineral water from Corsica, Orezza. At 14h40, I went with my luggage and backpack to to the “stop” in front of the bar, which had no signs, but that the bar staff had told me the buses passes and I need to make a sign otherwise the bus won’t stop. Ok, I stood there for 30 minutes….no signs of a bus. The supermarket opened at 15 and as it was right behind me I thought I would be able to buy some more water as it was hot and I was still thirsty. As the bus had not passed and it had been more than 30 minutes now I thought the chances it would pass within a few minutes would be minimal. But I was so wrong, just when I was about to pay I saw the bus passing..in a fast speed. Worth mentioning it was the ONLY BUS, the next bus would come next day. The nr of the bus agency was written on the timetable and I called them and explained the situation, the guy contacted the bus driver with another phone and made him stop on the next station. At the same time I saw a couple walking towards their car, I runned to them and asked if I they could drive me to Scopetto which was the next stop. They understood my situation and said jump in! Very nice locals and when I wanted to pay for the ride they didn’t even accepted my money and even gave me their number if other problems would occure during my stay.

So, apparantly the airport at Figari had an old verion of the timetable of the bus and the one I had found on Corsicabus was the one to stick to ;-) 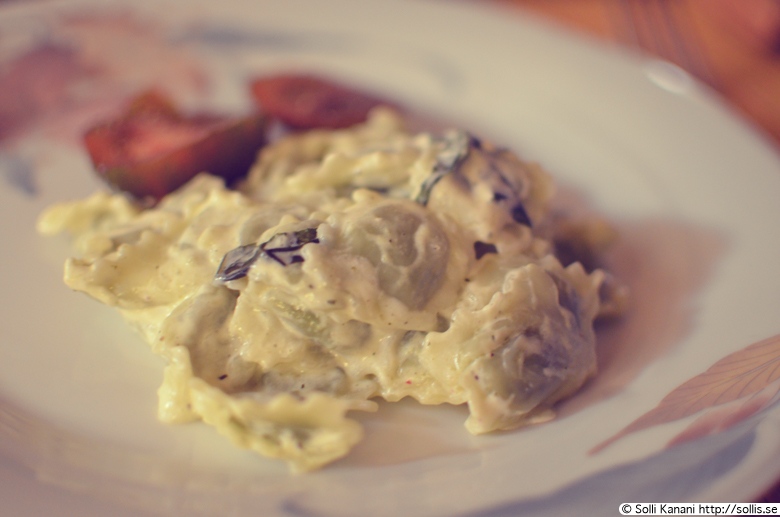 Dinner at home in Bastia 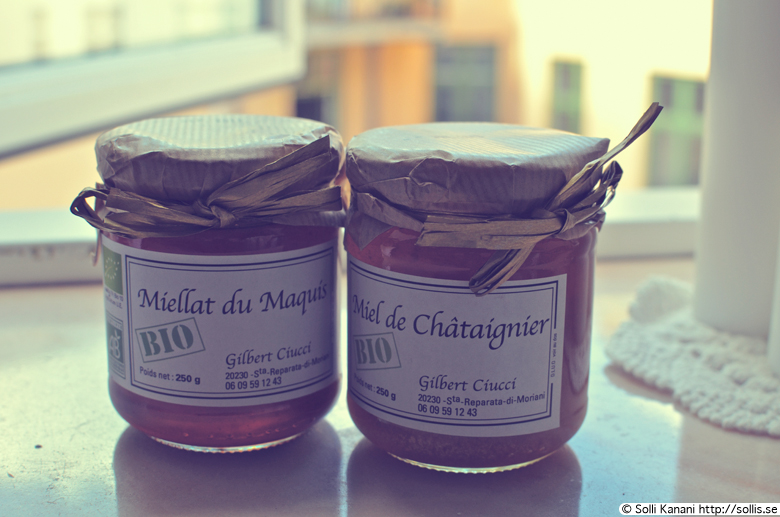