Campomoro, or Campumoru as they say in Corsu (the Corsican language) is one of the three hamlets of the township Belvédère-Campomoro. Its a fishing village with an organic fish farm! I promise, I had no idea about that before going there, it was my host telling me on our quick stop here when I just had arrived. On a hilltop in this village you’ll find the biggest Genoese tower in Corsica, Tour de Campomoro (wish is definately worth a visit!) and a part from the beautiful beach with turquoise water you have an uninhabited area of 24 km coastline site, Campomoro Senetosa….granite landscape covered with maquis, where you will see Corsican cows if you are lucky..and this is also where you’ll find the hiking trail to Tizzano. More about my adventure in Campomoro Senetosa in a later blogpost ;-)

In this small fishing village I think there are around 3-4 restaurants in total, 2 small épiceries and a post office. The restaurant where I had my lunch everyday was U Spuntinu..which really have no other address than the description “at the entrance of the village“, that tells you how small the village is ;-) Here they serve fresh local fish, Corsican meat,seasonal fruits and vegetables and they also make their own ice cream! One day I had mussels from the Etang de Diana, the oldest shellfish company existing on the island, located 50 km from Bastia. Here you’ll find the rolls royce of the mussels and oysters. I will never forget my host in Bastia (where I travelled first time in Corsica) recommending me to always look for mussels from Etang de Diana. The best of the best. And she should know if anybody, a local with a very good taste for food. At Etang de Diana they produce 350 tons of mussels, during Spring and Summer and 100 tons of oysters during Winter per year…with a quality that has been rewarded no less than 5 times at the Concours General Agricole in Paris. That says it all, doesn’t it? The mussels were delicious, and very well prepared..served with homemade fries! This beats everything I’ve ever had in Paris or northern France, that is famous for mussels and fries. The best is found here..on the paradise island <3 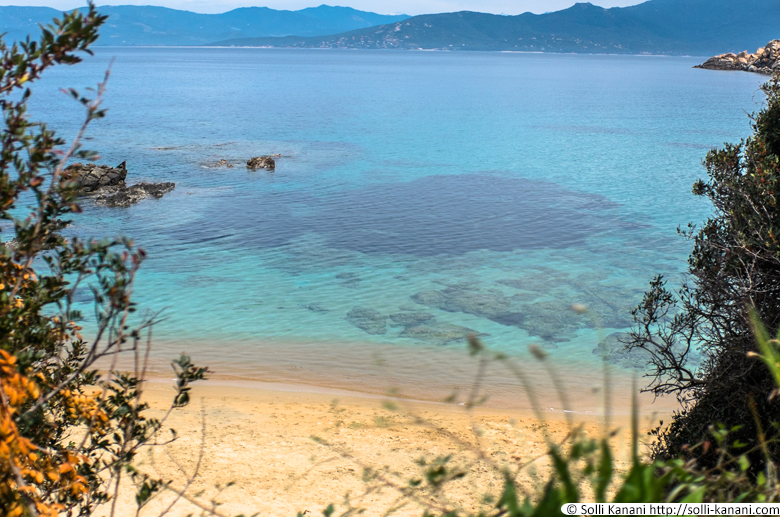 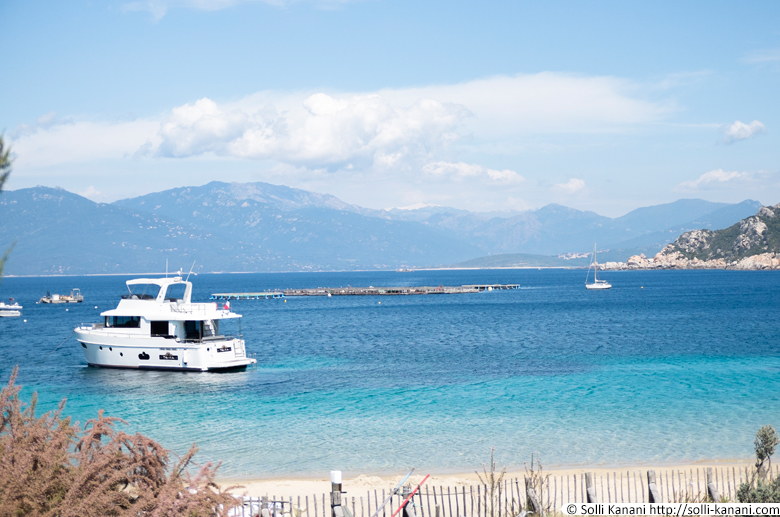 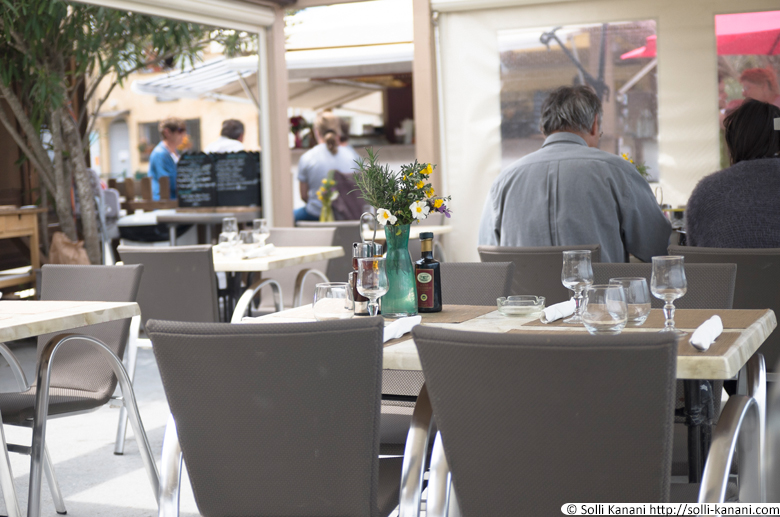 U Spuntinu in Campomoro turned out to be my favourite place to have lunch at, highly recommend it! 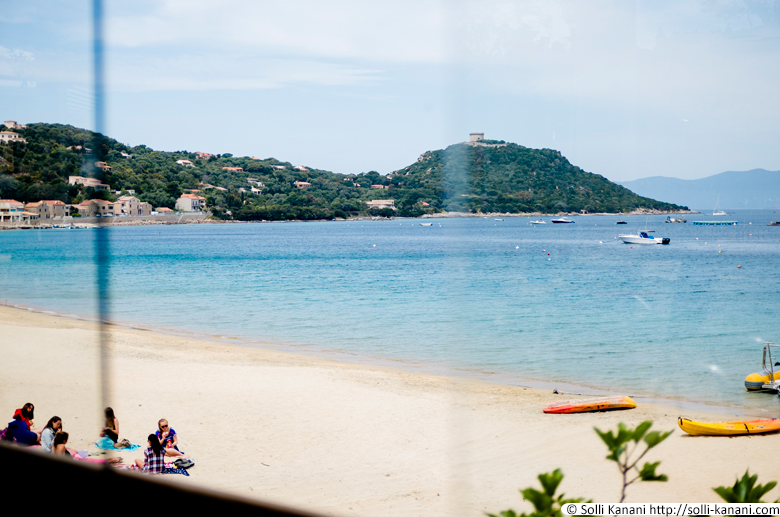 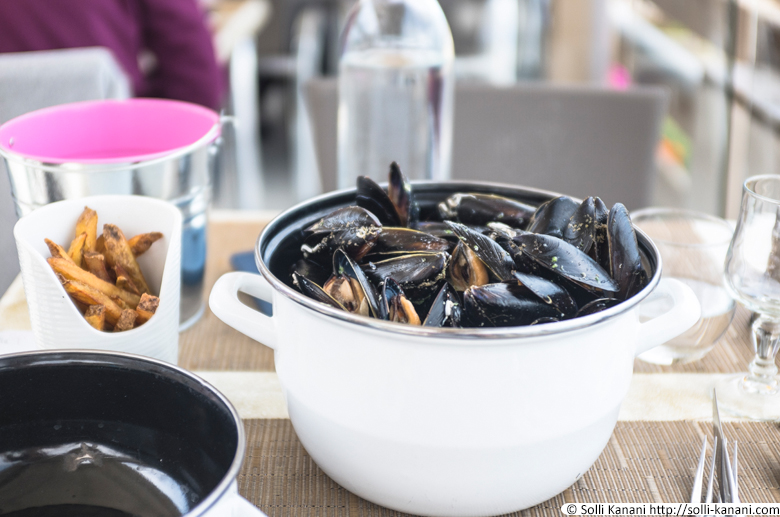 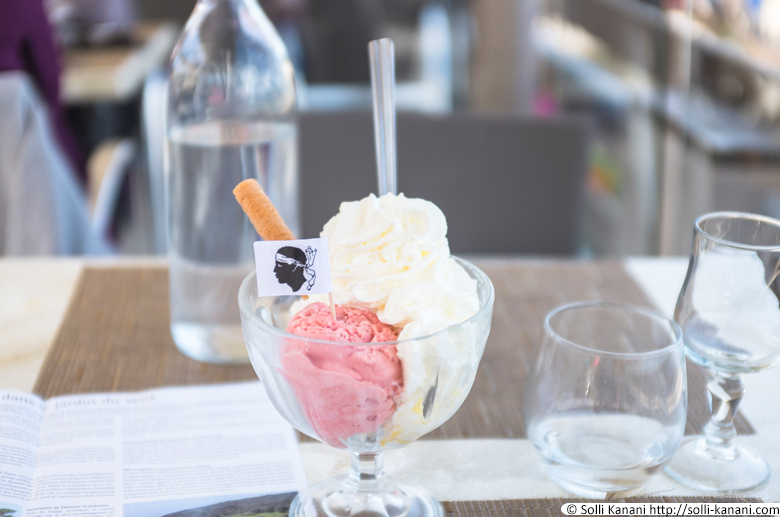 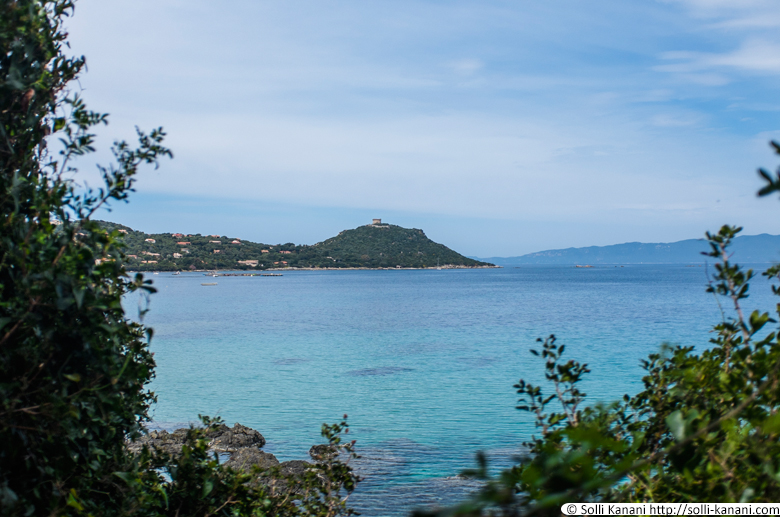 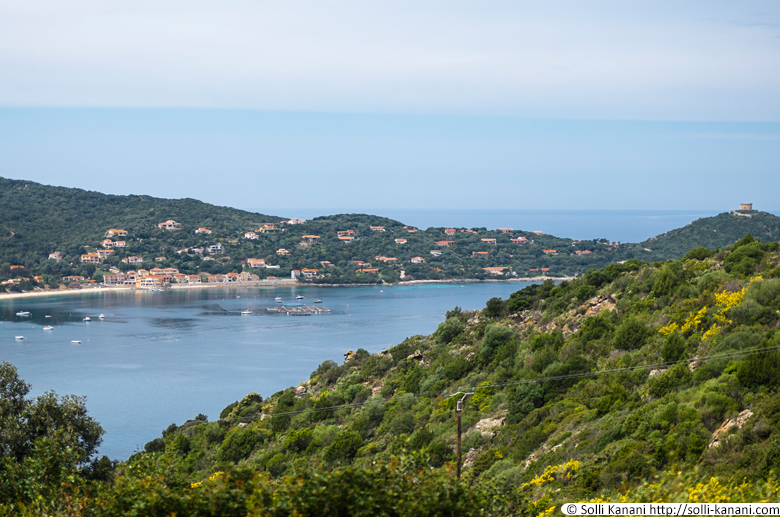 View over Campomoro when arriving from the hiking trail 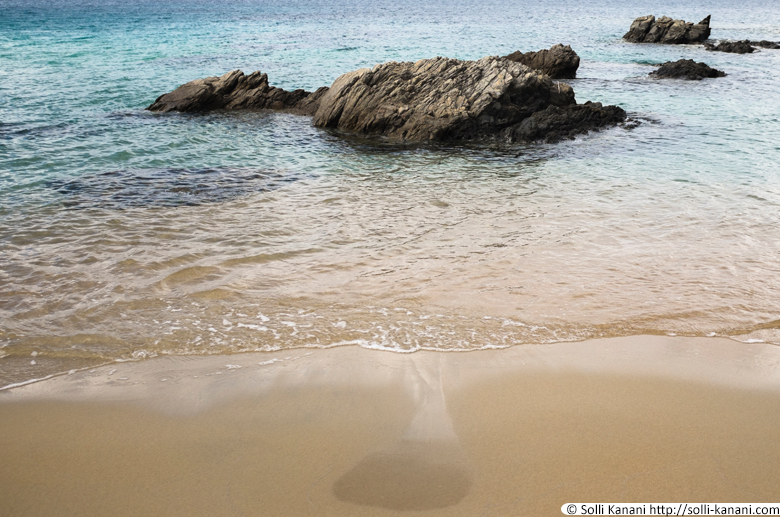 Ready for your footprints…. 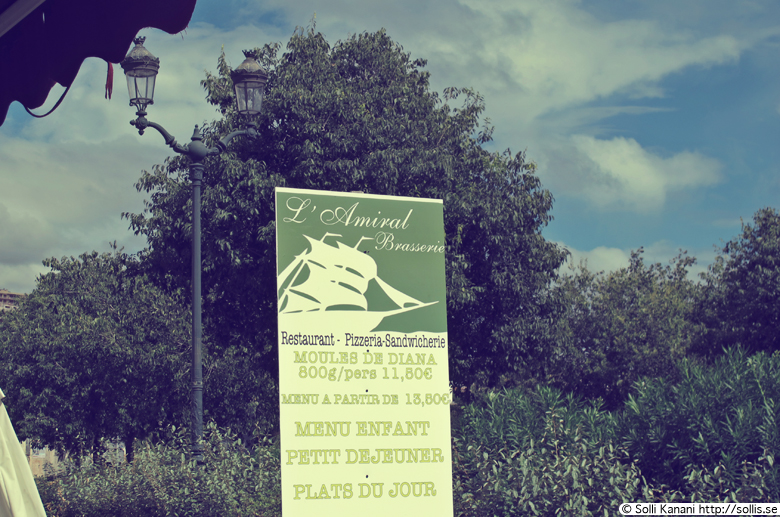 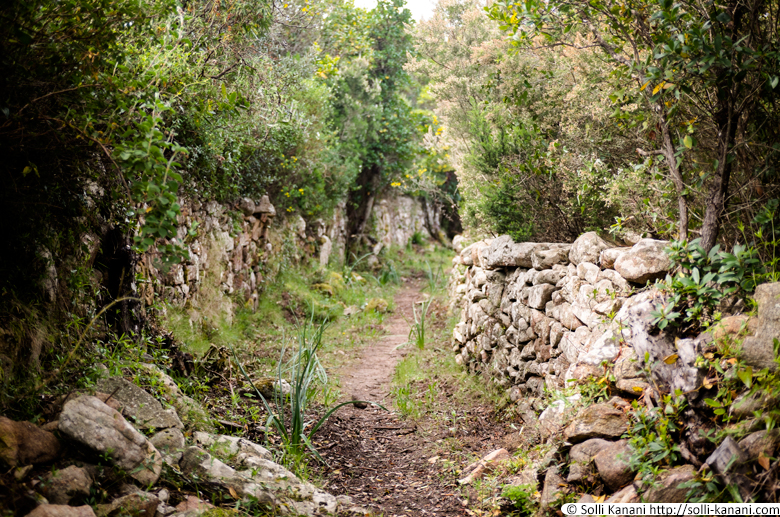 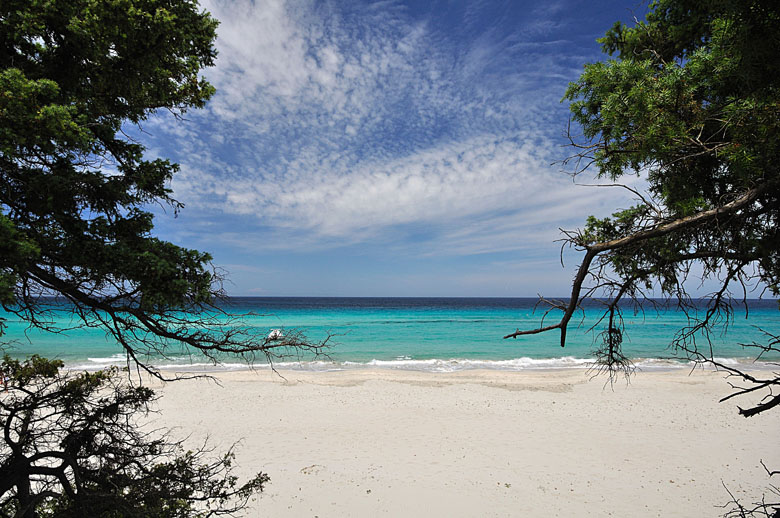