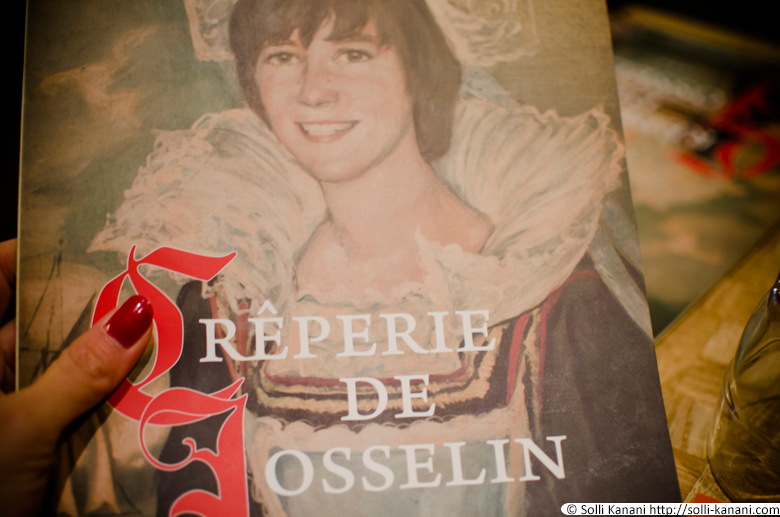 Tap “best crêperie in Paris” or “meilleure crêperie Paris” and Crêperie Josselin will be among the top ones..even as a traditional crêperie. Happy to have found the “best” crêperie in town I set a date with Parisbreakfast. A line awaited us, no big surprise though. However the hôtesse let a few others in that were standing behind us because she didn’t have a table for only two persons. NOT a good beginning….At last we got a table, thanks to Carols stick, comes with advantages !
Parisbreakfast opted for their traditional ham and cheese and I asked for their galette with chèvre and honey. Mine was ok..or eatable…while Carols was not..when we saw that minced ham…let me quote her : “This looks dégueulasse” How come they cant even put a slice of ham in a 10€ galette??

The galettes and crêpes were made in advance, put on a pile and I wasn’t impressed by what I had. Sorry, but this is nothing but a touristtrap. I didn’t see many locals..and I guess the French people who were there were tourists. I would never return. Amazed how this place gets so positive reviews at TripAdvisor….don’t say I haven’t warned you. We didn’t even stay for a dessert crêpe..we left the place and searched for better luck on another crêperie…. 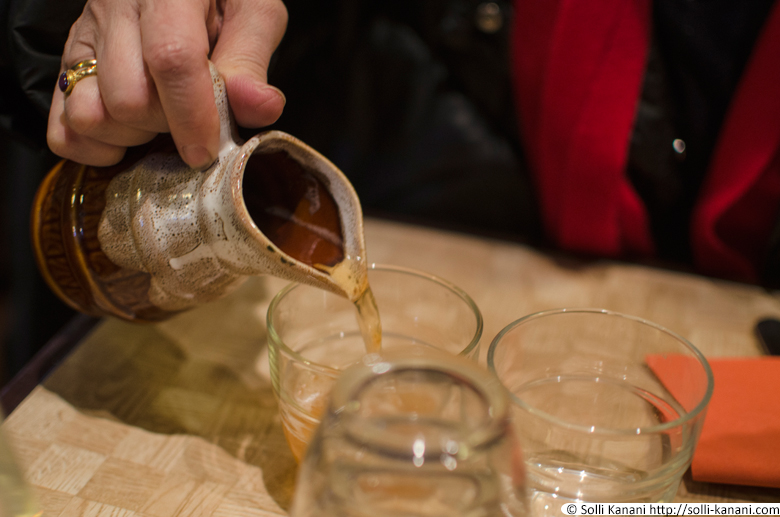 The cider was however good 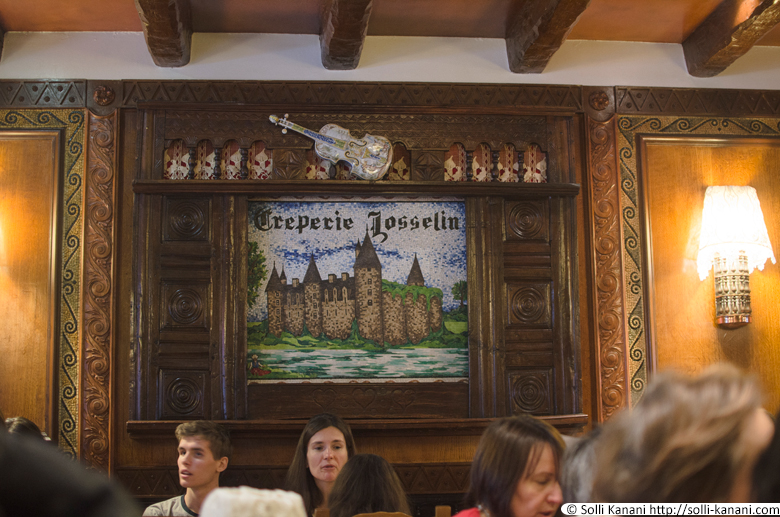 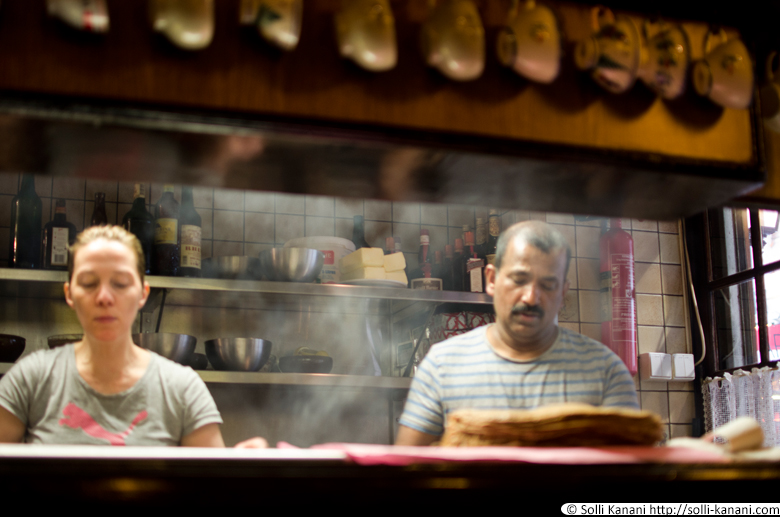 The galettes were made in advance – less good 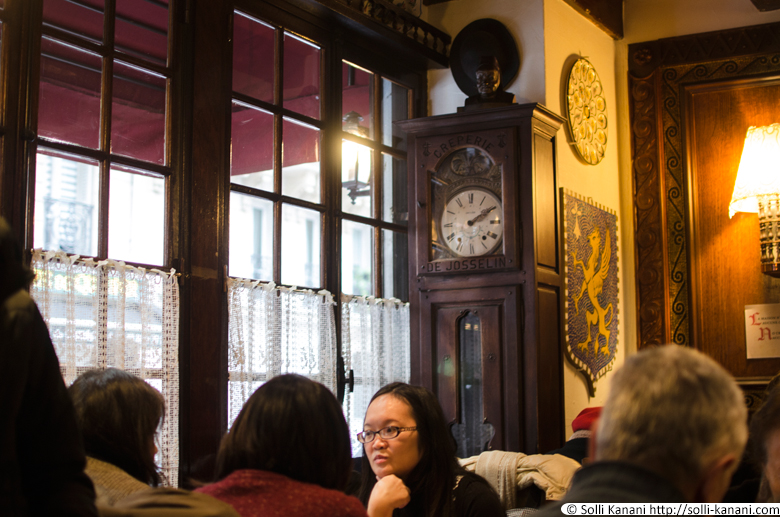 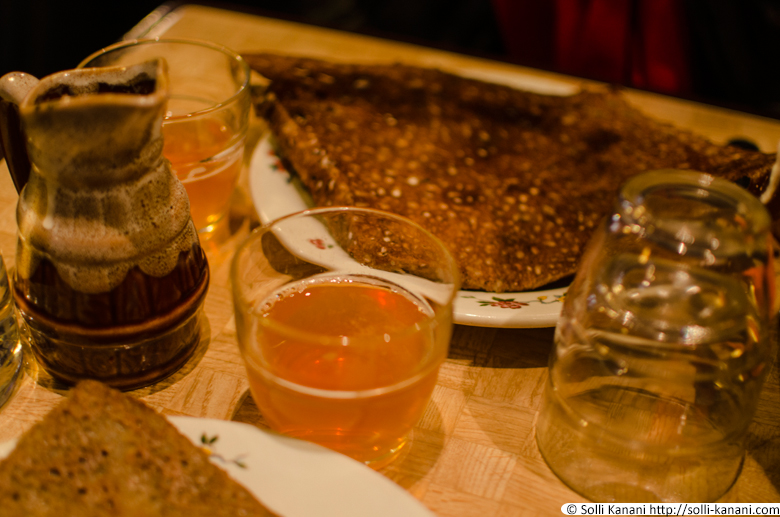 At first I was excited…and ready to dig in… 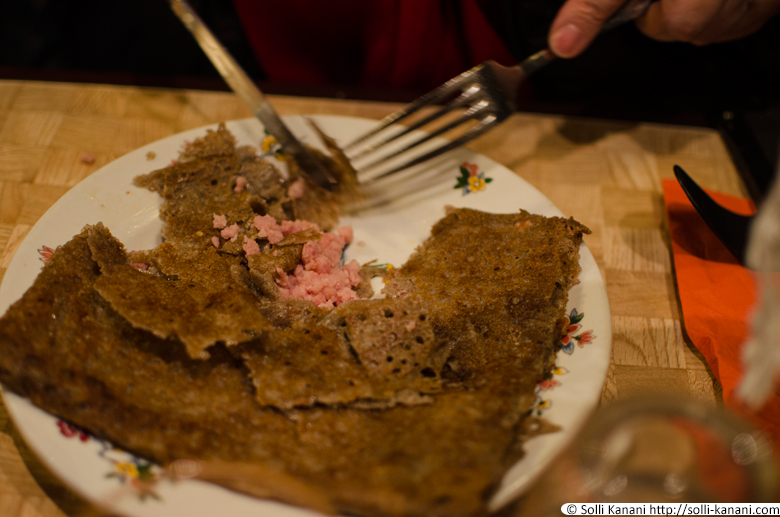 But when I saw Carol’s galette with jambon (ham) and egg….I lost my appetite… 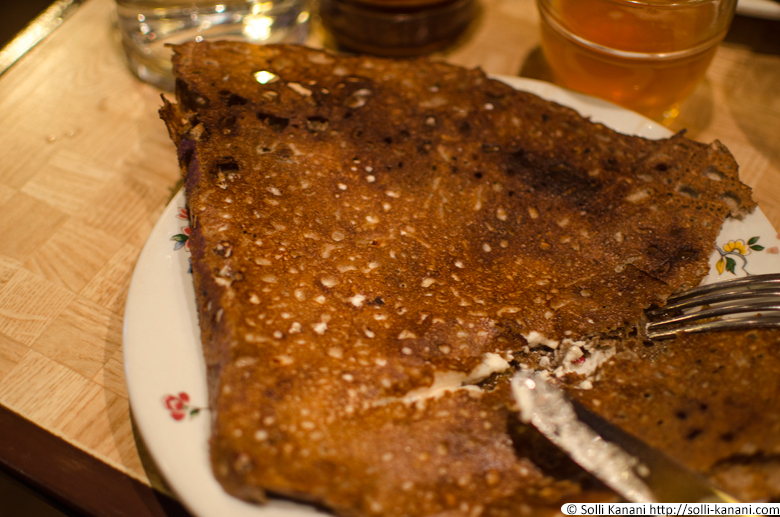 Galette with chèvre and honey 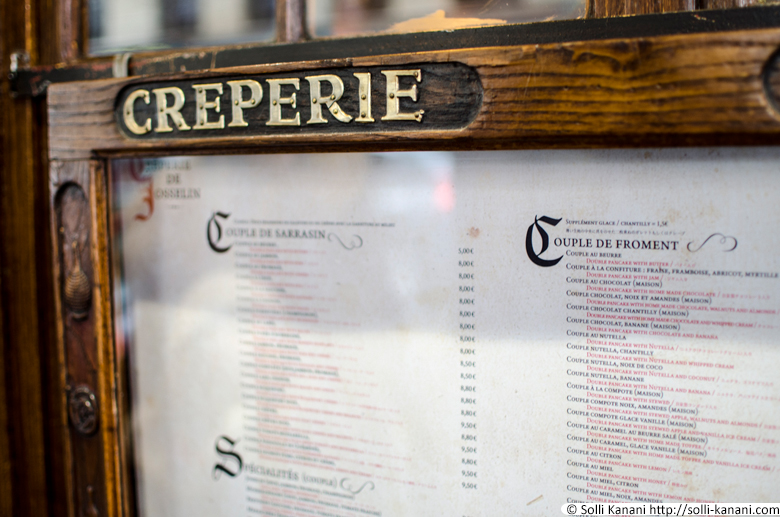 Menu in various languages – a sign of a touristtrap… 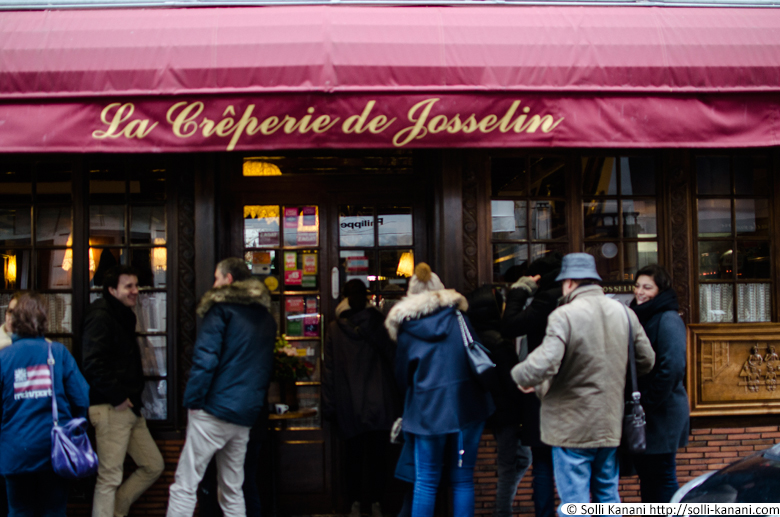 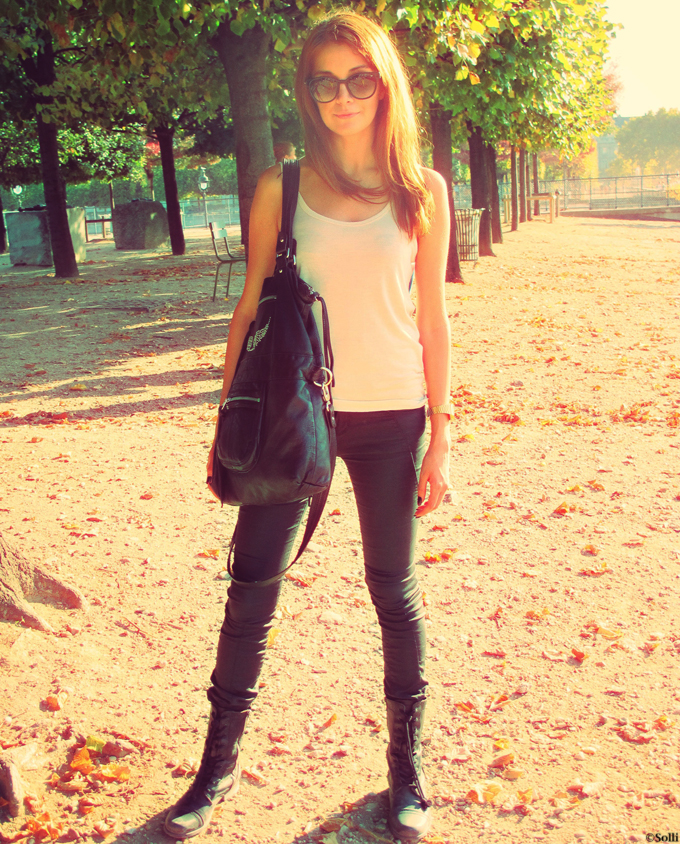 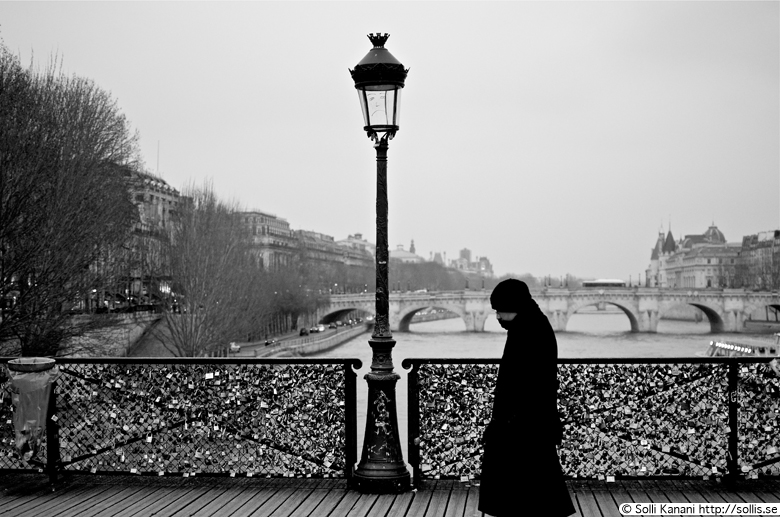 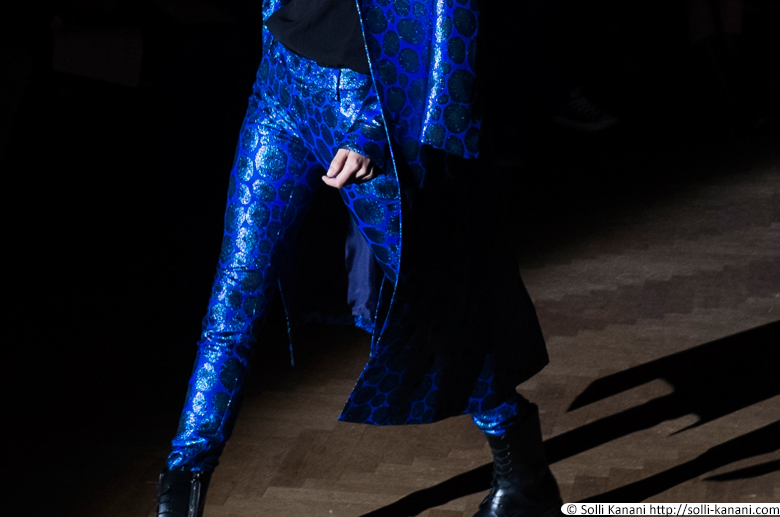