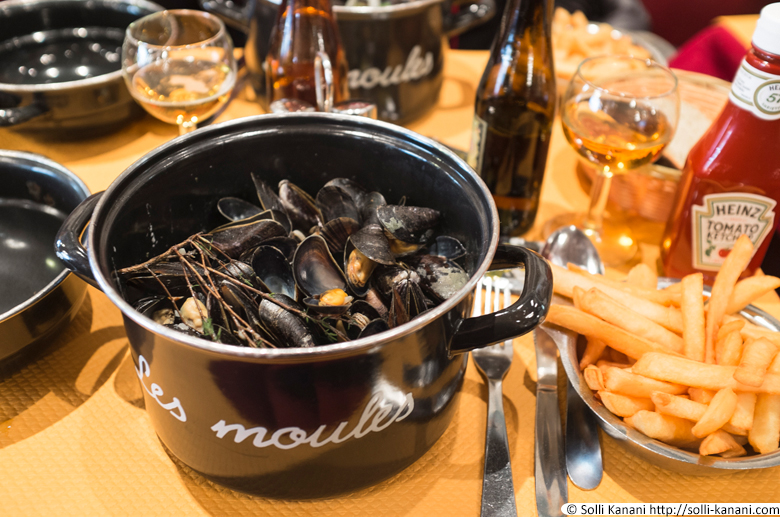 The moules-frites (mussels and fries) in Lille are world-wide known and its the traditional dish in the north region of France and Belgium, so there was no question what we were going to have for lunch in Lille. With some previous research and recommendation we found out that the brasserie “Aux Moules” was the place to go for mussels and that’s where me and Parisbreakfasts headed to after our morning-tea at Meert.

Worried about long queues would be awaiting us I was quiet surprised that was not the case.  In Paris popular places get crowded pretty fast around lunch time but “Aux Moules” was only half full and a good sign was I only so local/French people…feeling releaved it wasn’t a tourist spot. However, I’ve read many reviews that this place do get crowded quite fast and there might be some waiting for a table…so beeing early is to recommend! The brasserie had a traditional and authentic look, with black and white photos on the walls indicating their long history (1930). Attentive and friendly waiters, some of them even smiling and joking (no snobby Parisian attitude)..yet another good reason Lille is on my list, perhaps not a city I would like to live in permanently but definately good for daytrips ;-) After consulting the menu for a while Parisbreakfasts opted for a traditional Moules à la Marinière while I asked for a Moules à la Crème, and cidre doux from Bretagne ofcourse! The service at “Aux Moules” was extremely fast…in short we got our mussels served in steaming pots, marmite à moules and I was happy to have my moules in Lille..finally a dream coming true :-) And that marmite á moules..I need to find one of those on a brocante one day..an old one with history..that have served moules for decades..thats one I would love to have and prepare my mussels in the future.

The mussels were great, they could have had been more generous with the crème fraiche in mine but the were tasting good….only one dissapointment, the fries. They were ok, but what a bonus it would have been if they were homemade! Guess its rare nowadays to have frites fait maison….

I was so full after the mussels that I for once in the history skipped the dessert! Yes you read right..no dessert!! We both needed a walk after this lunch and headed to Vieux Lille…were another adventure was waiting for us….. 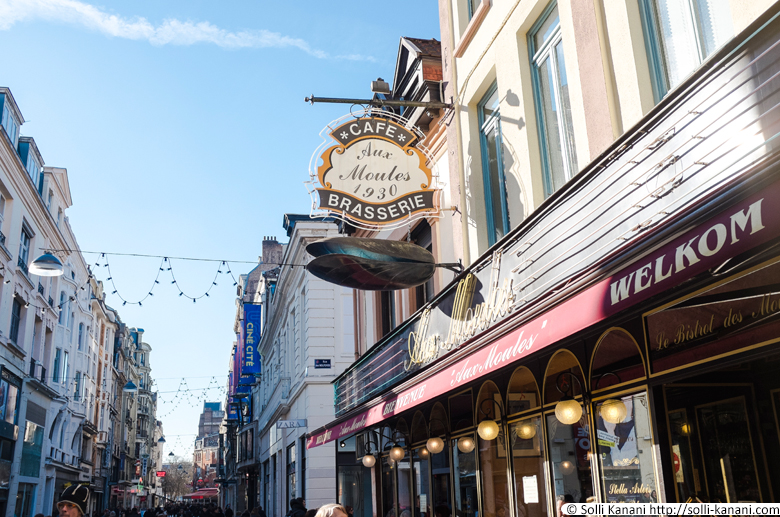 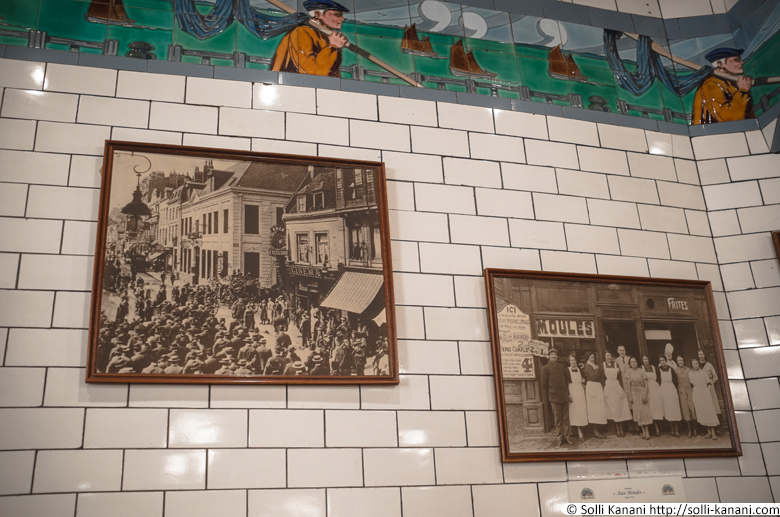 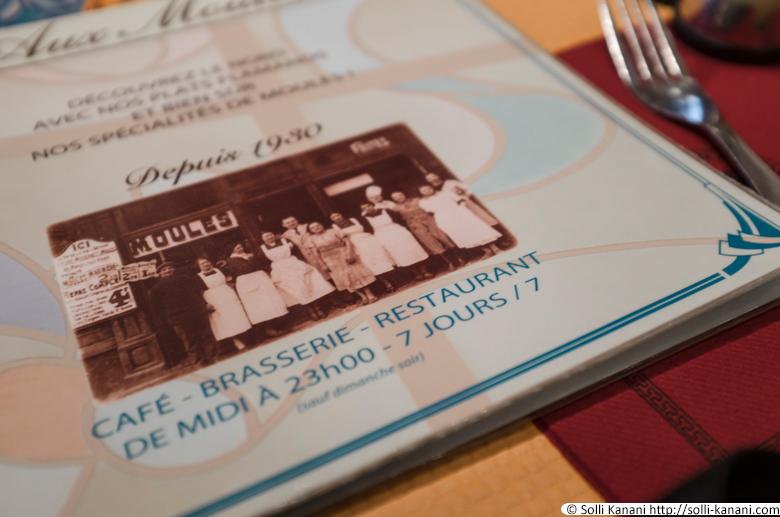 Since 1930 Aux Moules are serving their speciality, moules-frites

Even dogs are welcomed here :-) 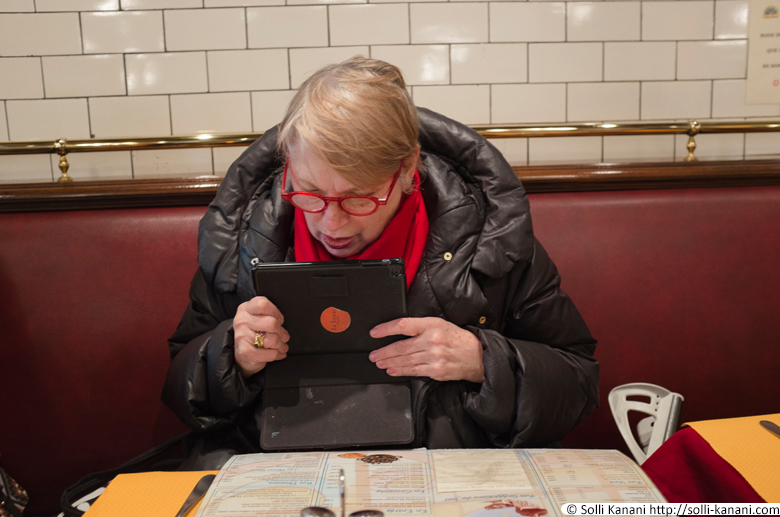 Look how discrete an iPad is, can’t tell wether Carol is taking a photo of the menu or reading something interesting….need one too!! 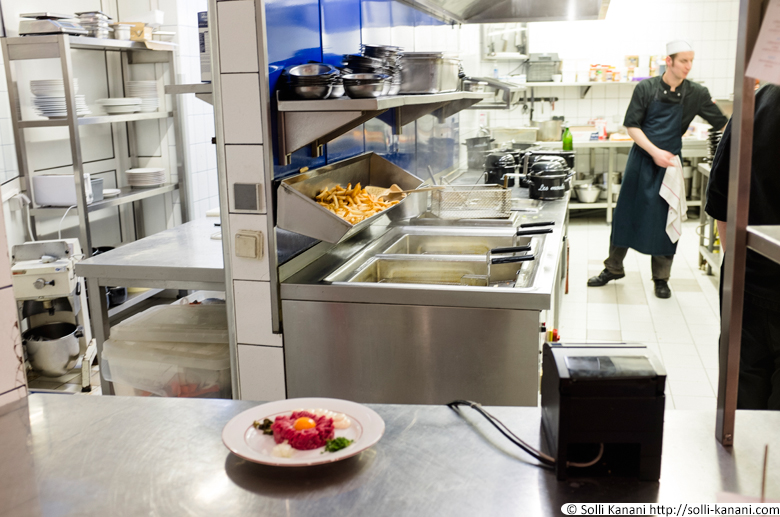 Not everybody comes for the mussels….. 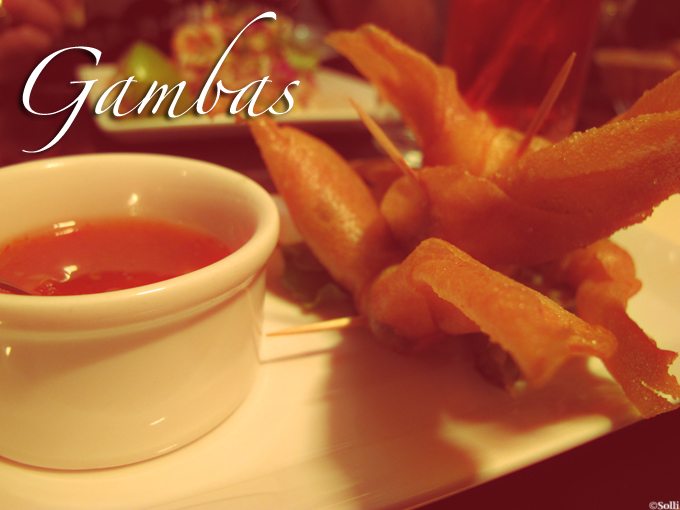 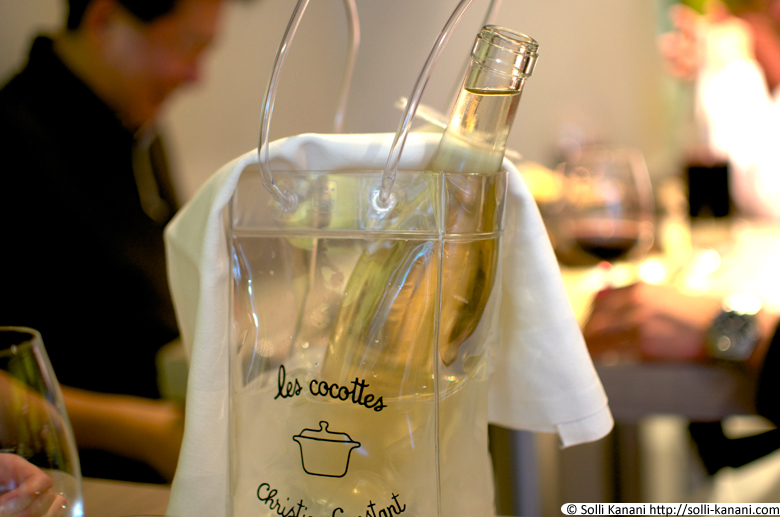 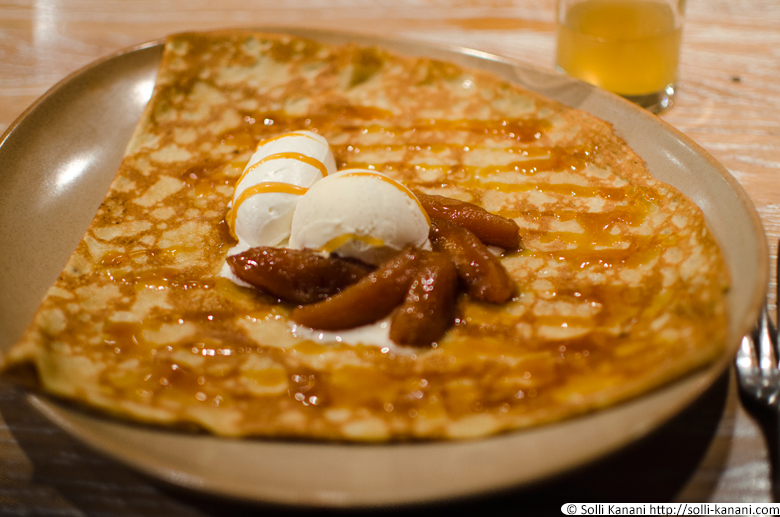