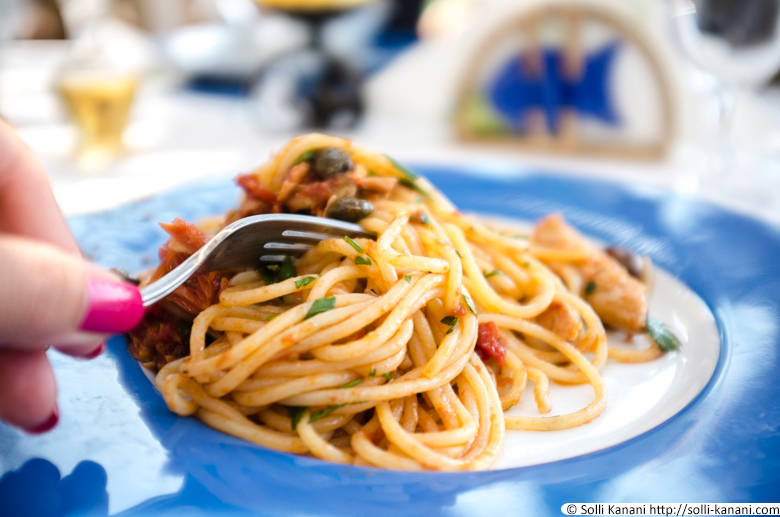 Very late, one night, the fishermen had called my host telling her they had caught a big tuna. She told me she had jumped on her scooter and left to the other side of the coast to buy it and that she later conserved it gently at home. When I visited her last year in July she made the most delicious spaghetti alla puttanesca that I’ve ever tasted in my life…where she had used that tuna. Mindblowing…just mindblowing…if that was tuna, I realized I had never had “real” tuna. Perhaps it had been conserved with much love that made it taste so good? I don’t know…but this lunch out on the terrace one sunny day in July in Massa Lubrense will always be rememberred.

For those of you who are not familiar with this simple, yet delicious Italian dish is spaghetti cooked al dente with chopped tomatoes, olive oil, olives, capers, garlic, anchovies…my host had added tuna..and then topped with fresh parsley. 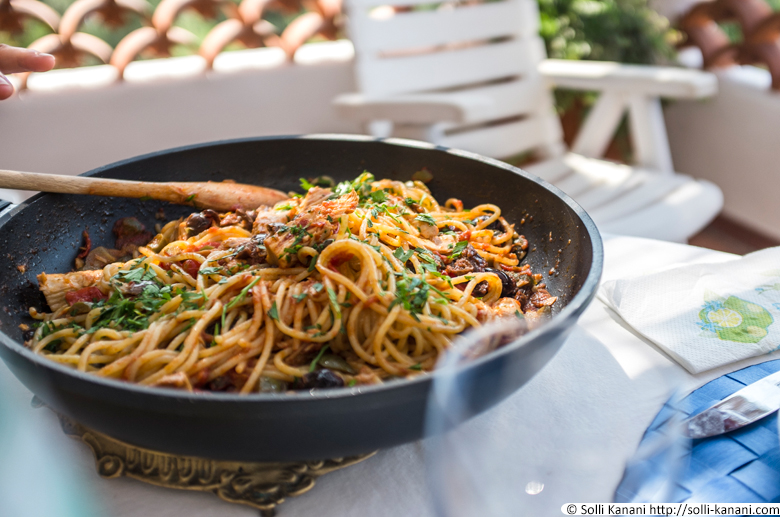 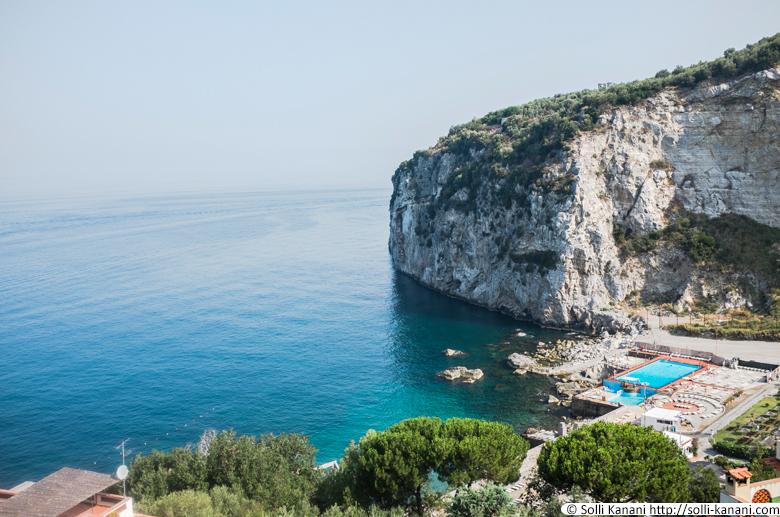 View from the terrace 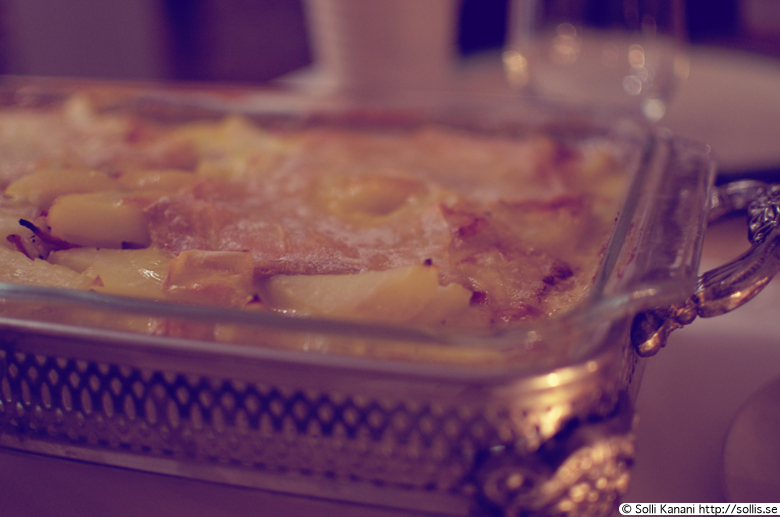 A day on Capri 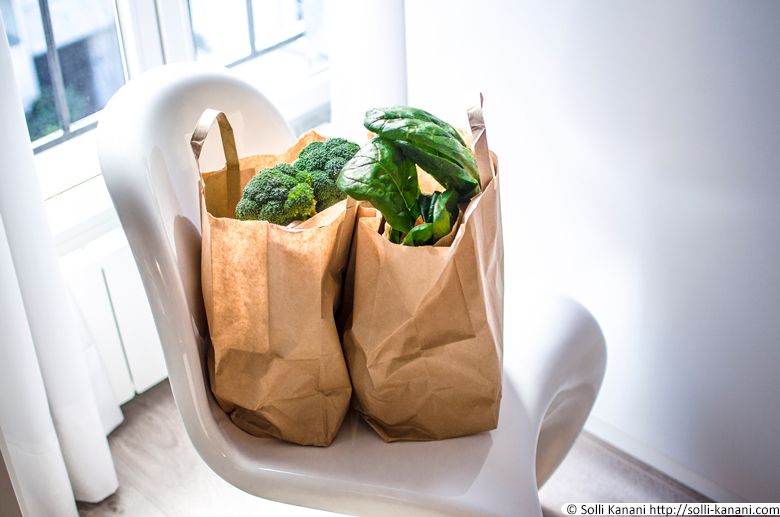 In the process of making….